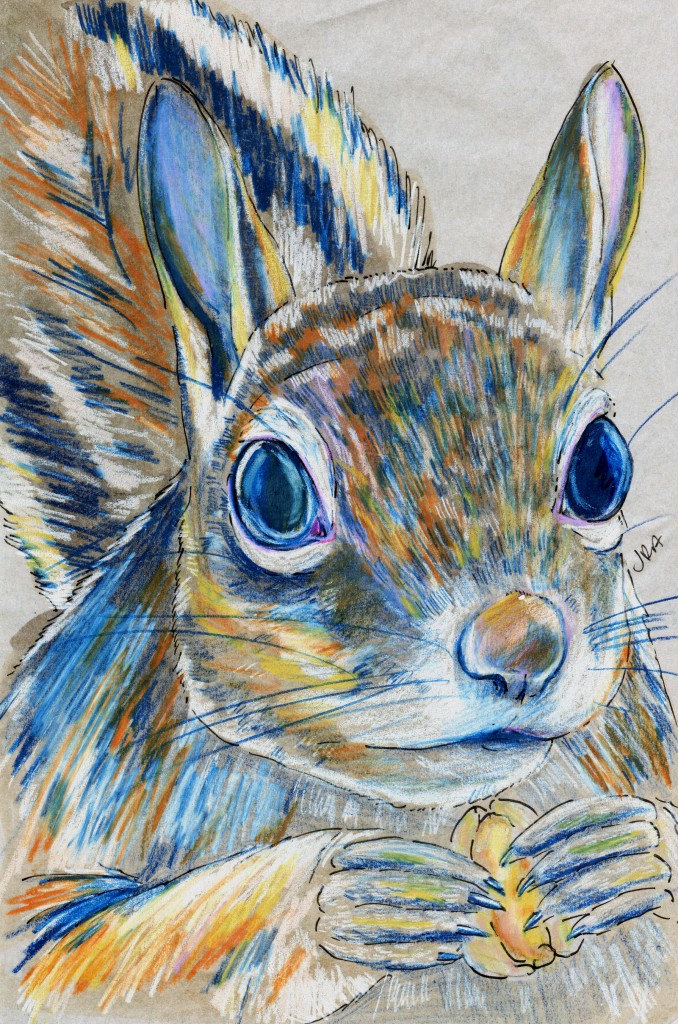 Sigh. It was so long ago that I started the Mammals of Iraq series. Then I decided to draw a jerboa…and it was really difficult…and I started putting it off…and forever passed. I decided to skip that particular jerboa species for now and just get on with it already. This squirrel, also known as the Persian squirrel, was the result. I wish his two eyes didn’t look like they belonged to two different squirrels, but oh well. One thing I really need to work on with the Daily Mammal is perfectionism. I don’t mean in the sense that I do everything perfectly, but almost the opposite: I do nothing perfectly, and I beat myself up about it, and I give up, and I spend way too much time. When your goal is to draw all 5,000 mammal species, though, perfect is the enemy of the good, as someone says. (Voltaire, actually. One interesting thing is that business writers have flipped that around to “the good is the enemy of the great,” which is the opposite meaning.)

“Almost 300 languages and their word for squirrel”: According to this site, there are two Kurdish words for the Persian squirrel, sihoreek and simolak.

Listen to a Persian squirrel’s chirps. When I first played this recording on my computer just now, my dog Minnie ran over to cock her head back and forth at the speakers. But she either figured it out or lost interest pretty quickly, and now she ignores it.

“My friend Fındık,” a delightful Flickr set of photographs of a pet Caucasian squirrel who lives in Turkey. Check out Fındık’s relaxed poses: you never see squirrels lounging about like that in the wild.

Edit: I shouldn’t have said you “never” see squirrels lounging about like that in the wild. I just found a new Flickr group called Squirrel Pancakes, full of photos of secure squirrels in parks and backyards.