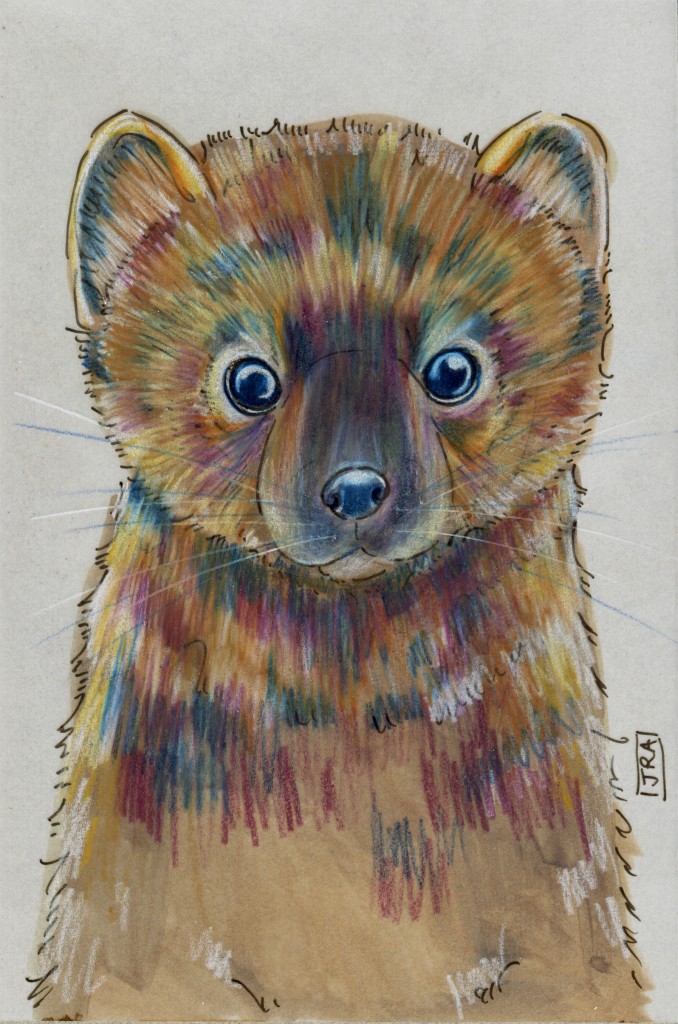 Fishers live only in North America, and currently only in northern North America, from Alaska and Canada down to the Sierra Nevadas and the Appalachians. At one time, they ranged as far south as Tennessee and North Carolina, but they’ve disappeared from much of their historic range because of excessive trapping and habitat loss from logging.

Fishers don’t get their name because they eat fish. They mainly eat birds, small mammals, and carrion. It’s possible that they’re called fishers because at one point they raided some fisherman’s fish traps, but it’s most likely that the name comes from the Dutch word fitchet, or polecat—an animal the fishers resemble. (Incidentally, fitchet comes from the root visse, which means “nasty.”)

The fisher is one of the only animals that can kill a porcupine. It sounds quite horrific, really. The fisher will circle the porcupine, taking every opportunity to bite the porcupine’s face, where it doesn’t have quills. The porcupine circles, too, trying to keep its back to the fisher. Sometimes the porcupine will seek protection by pressing its face against a tree; the fisher might climb the tree and attack from above, forcing the porcupine away. When the porcupine has sustained enough injuries to the face to wear it out and stop it from protecting itself, it dies, often from shock, blood loss, or injuries to the top of the head! Then the fisher starts eating, beginning with the heart, liver, and lungs, and leaving behind only the feet, skin, and bones of the porcupine.