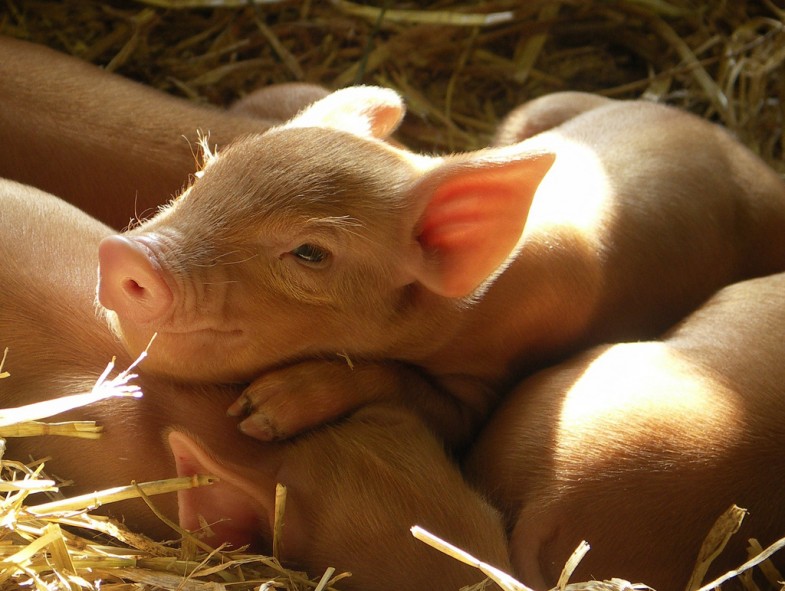 Piglet by Stephen and Claire Farnsworth, used under a Creative Commons license

Well, I was going to post a new mammal drawing today, which would have brought us to six consecutive days! But alas, I decided to pick tonight to try out a new paper (I was going to try to find a more archival replacement for my usual tracing paper) and, well, it’s just not working out for me. So instead, here’s an installment of the Mammal News Roundup.

May 28, 2008, The Guardian: Jane Goodall, a hero to mammals including me and my friend Tynan, is proposing that the Nobel Prize committee add a new prize, “for advancing medical knowledge without experimentation on animals.” I absolutely agree that, at the very least, we could drastically cut back on how often we experiment on animals now that we have amazing scientific technology and that we should actively recognize and reward new ways of doing science that don’t involve harming animals, but a Nobel Prize for such a niche seems like it would not quite fit in with the others.

June 23, 2008, CNN.com: The U.S. Supreme Court will hear a case regarding whether or not it’s okay for the Navy to disregard the welfare of whales when it’s performing sonar tests. Despite evidence showing, apparently, that whales, dolphins, and other marine mammals can be injured or killed by military sonar, President Bush tried to create an exemption that would allow the tests to be conducted without an environmental impact assessment. Courts up to the Supreme Court have sided with the whales.

On the other hand, the court isn’t going to hear a case about the proposed fence along the U.S.-Mexican border, meaning that the law that gives “the secretary of homeland security the power to bypass laws or regulations prohibiting the fence’s construction” stands. A law that gives someone the power to break the law is an interesting law indeed. This is an issue I feel very strongly about, but I’m not going to start ranting about it right now.

June 24, 2008, NewScientist.com: A study suggests that piglets—being raised for their meat—who get to listen to music and play in their own rec room are less stressed. The piglets in the study listened to music by Bach and Elgar, chosen for its resemblance to porcine grunts! Less stress for pigs means better pork for humans.

June 20, 2008, The Guardian: The demilitarized zone between North and South Korea was once farmland. Now that it’s been left to its own devices, endangered animals have been quite successfully making their homes there. But the DMZ isn’t likely to stay natural and wild for long, since development and industry are encroaching, so a group wants to have the zone declared an official nature reserve: the most dangerous nature reserve in the world, according to this article. The article is accompanied by a slide show about the wildlife of Korea’s DMZ.