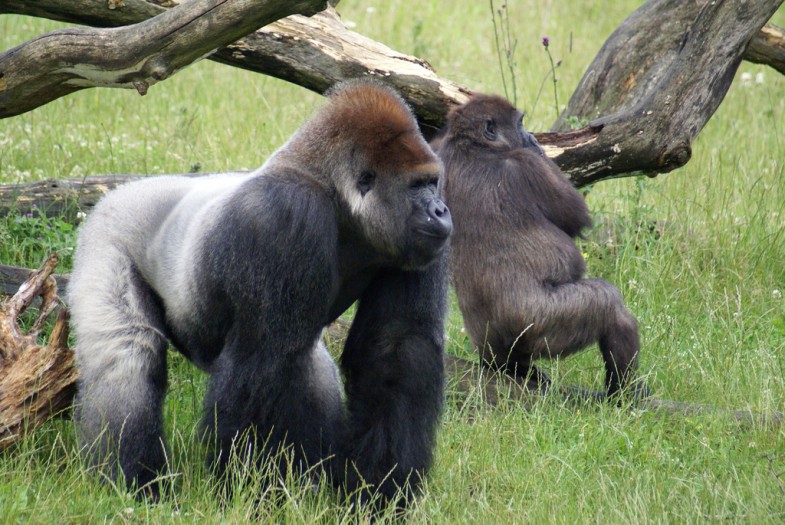 Good news today! I was planning a post on the study, released this week, finding that almost 50 percent of primate species are in danger of extinction. What else is new? More bad news from the Daily Mammal.

But! On the heels of Spain’s vote to grant certain rights to the great apes comes more good news for our cousins. The Wildlife Conservation Society announced today that it has found more than 125,000 western lowland gorillas secretly going about their business in a couple of swampy areas in the northern Republic of Congo! What makes this such wonderful news is that’s more than twice the number of western lowland gorillas that we thought were left in the whole world!

They’re not out of the woods (so to speak) yet, though; they’re still considered critically endangered. Major threats to the western lowland gorilla subspecies (Gorilla gorilla gorilla!) include the Ebola virus and poachers who kill gorillas and sell them on the bushmeat market. (Okay, it’s not all good news…) In fact, it was a hunter who pointed the Wildlife Conservation Society researchers to the gorillas. Don’t you almost wish they hadn’t been found?

Here’s a video showing the gorillas hanging out—in one case literally—in the swamp.