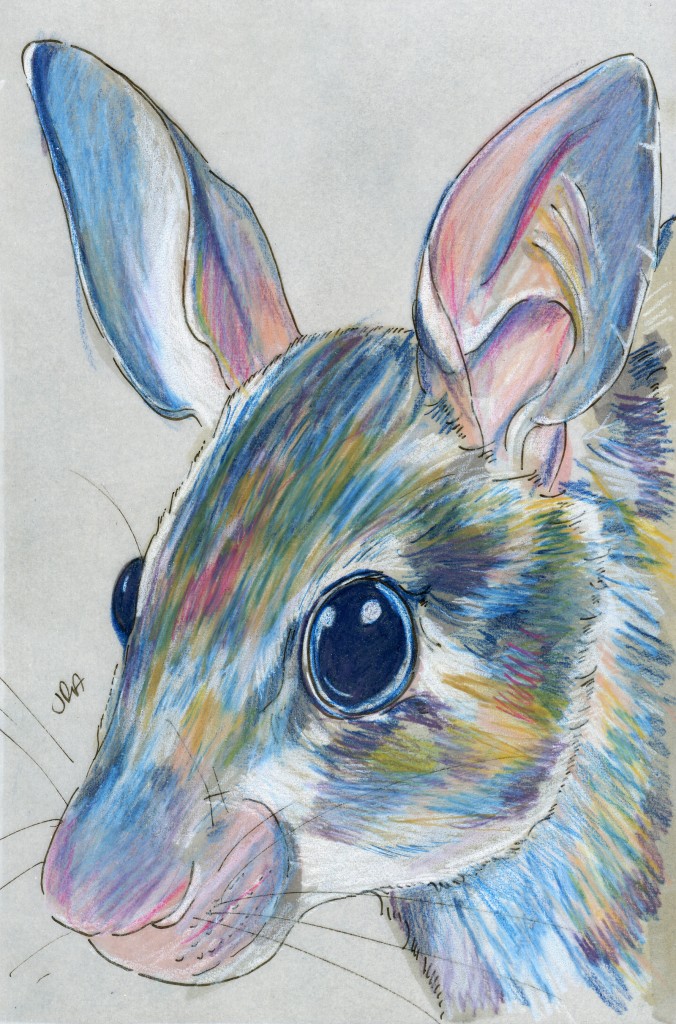 Ah, Madagascar, an island of the strange and wondrous. The Malagasy giant jumping rat is another EDGE (evolutionarily distinct and globally endangered) species, which means that it’s irreplaceable…and at risk of disappearing completely.

This nocturnal forager lives only in one small part of western Madagascar, where it forages for seeds, leaves, and fruit. It’s the largest rodent in Madagascar. Like a rabbit, it has long ears and long back feet for jumping. It also occupies the same ecological niche that rabbits occupy in other places. Unlike a rabbit, it has only one or two babies a year.

The major threats to the giant jumping rat are climate change—specifically, aridification—habitat destruction, hunting, and introduced predators like cats and dogs.