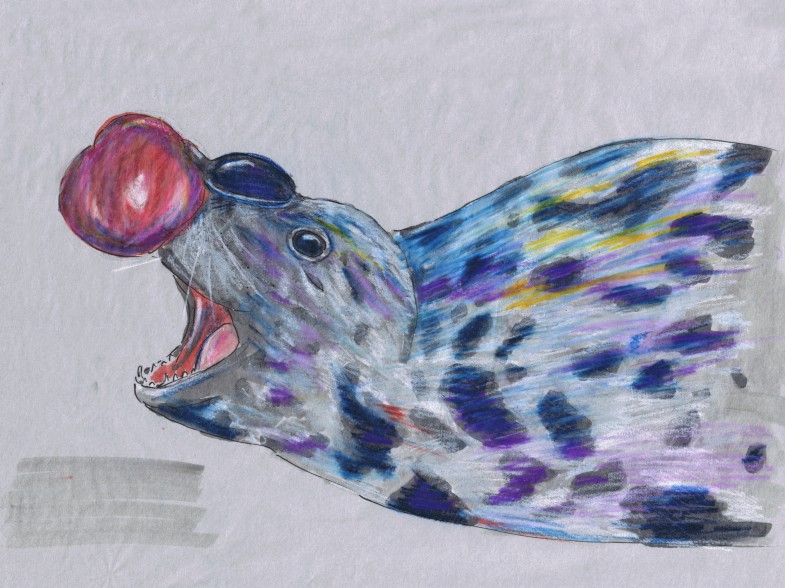 That’s not a ball balanced on this seal’s nose—it’s his nasal cavity! Males of this species (who can be as large as 900 pounds and 9 feet long) can inflate their nasal cavities out their nostrils. They turn inside out “like a glove’s fingers,” according to one description. They do this when they’re courting or particularly angry. That’s not the hood of their name, though—the hood is the bump on their nose, which they can also inflate! The hooded seal’s Latin name means bladder-carrying, crested.

I wonder if the tradition of training seals to balance red balls on their noses came from observations of this species.