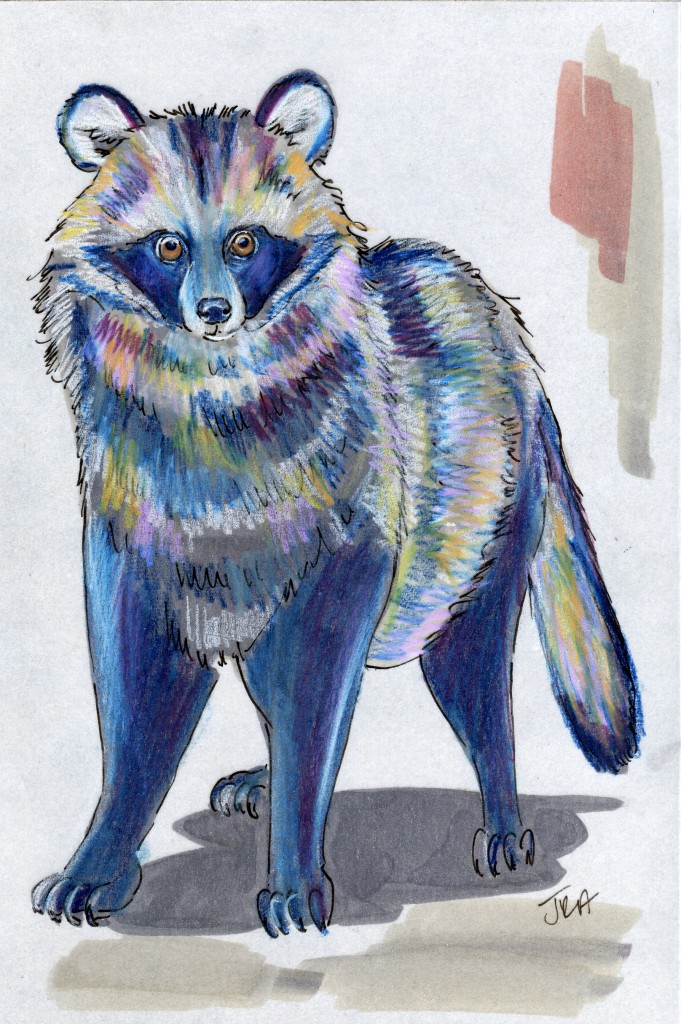 Guess what! The raccoon dog is not endangered. In fact, in some parts of its range, it is considered a nuisance! How exciting for us, don’t you think?

The raccoon dog is in the canid family, although it does resemble a raccoon, especially facially. It originally lived from Siberia to Vietnam, as well as throughout Japan, but it was introduced into Russia to provide more work for fur trappers. Now it has made its way into northern Europe, and has been found in France, Germany, Sweden, and Finland, among other countries. It is the only canid that hibernates (torpor, I think, not “true” hibernation), although in warmer parts of its range, it doesn’t.

In Japan, where the raccoon dog is called the tanuki, the species is pretty common and can even be found in some urban areas. The tanuki is an interesting figure in Japanese folklore. It’s a shapeshifter and a bit of a trickster, and tanuki statues can bring good luck. The most interesting and, to me, strange element of the tanuki legend is the animal’s remarkably large scrotum, which it can use—in myths and stories now, not in real life!—as shelter from a storm or as a net for catching fish. I recommend this baffling series of 19th-century comic prints that show some of the tanuki’s creative uses for its endowments.