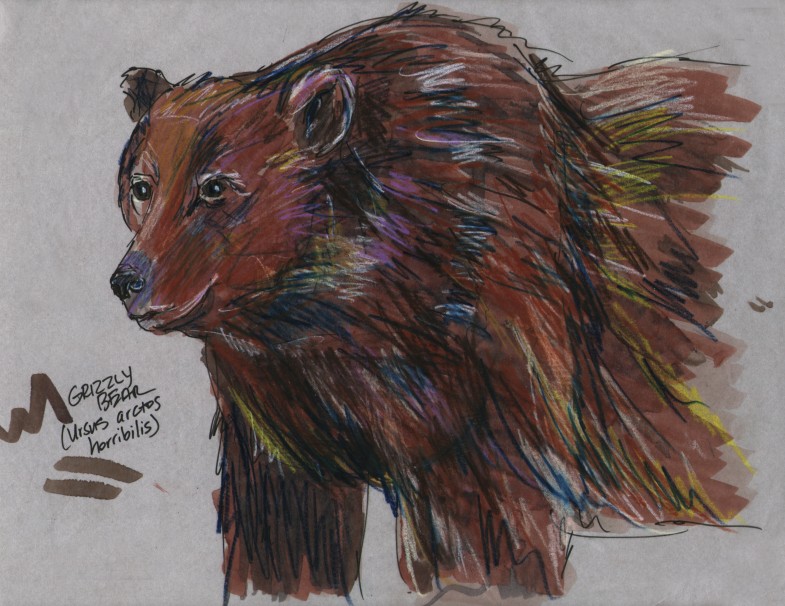 Representing the brown bear (Ursus arctos) species today is the grizzly bear subspecies (the Kodiak is also a subspecies of the brown bear). In the 19th century, there were tens of thousands of grizzlies in the lower 48 (of course, there weren’t 48 then…), but now there are only a couple thousand. The good news is that there are still plenty of them in Alaska, and the bear was recently taken off the federal threatened species list. The grizzly bear’s hump is pure muscle. It helps them dig and otherwise use their front legs. (This is another one for Leigh!)