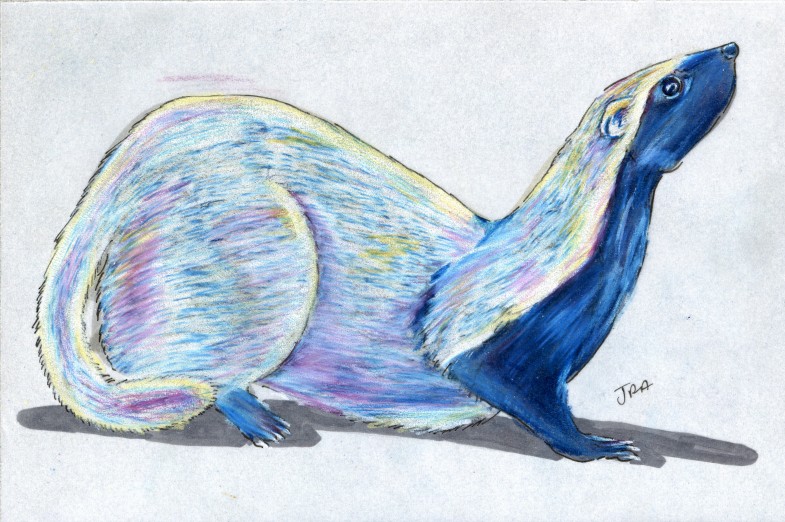 This relative of the skunks, badgers, weasels, and ferrets lives in Central and South America. It makes its home in burrows when it’s not zipping around, spiritedly hunting birds, small mammals, and invertebrates, pausing occasionally for a palate-cleansing piece of fruit. Walker’s Mammals of the World says, “Young grisóns tame readily and make affectionate pets,” but I feel no urge to test that theory. I am delighted to report that, unlike manny of the mammals we’ve met, the greater grisón is not only an IUCN species of least concern, but that it “has a wide distribution and there do not appear to be any major threats to the species.” Yay! (Later in the IUCN account, we do learn that “in some parts of their range the males are trapped for their body parts.” Body parts? Only males? It is disconcerting, isn’t it?)

Here you can look at some pictures of a greater grisón’s brain.