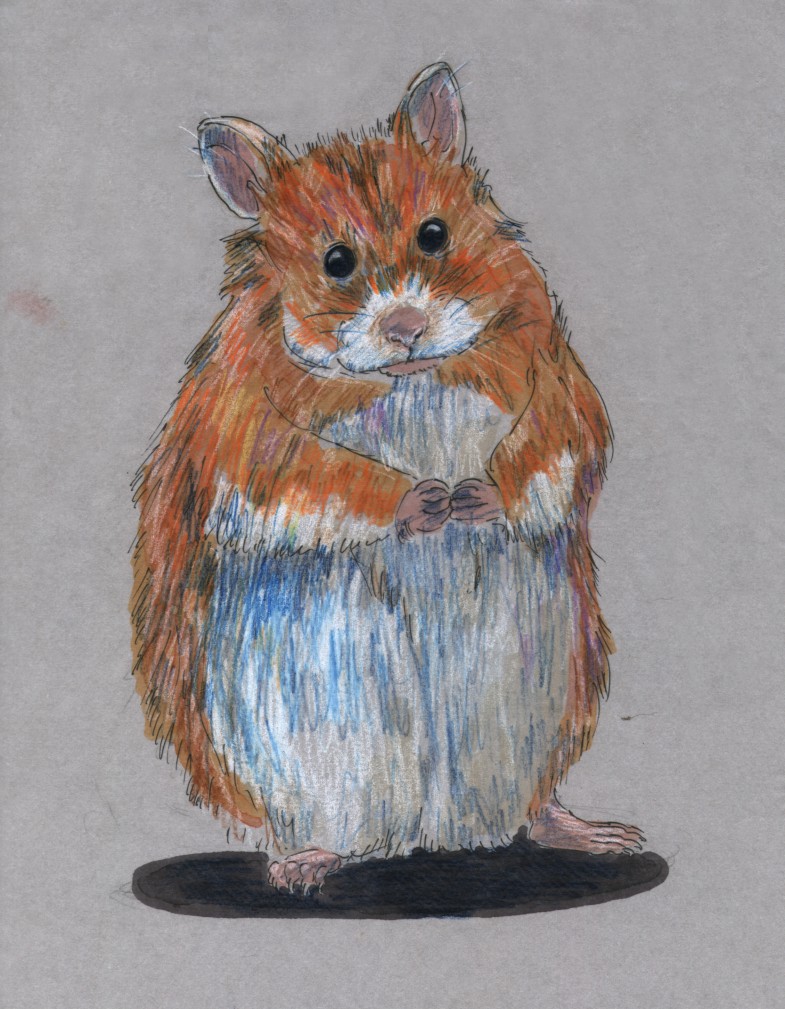 Here is a hamster for Joe Hall. It turns out that the hamster species kept as pets is just one of several kinds of hamsters, so tune in for the next 14 years and you’re sure to see some more! This is a golden hamster. My sister and I had one when we were kids. We went to Jerry’s Pets in the mall and picked out a cute female one, colored just like the one in this drawing. We named her Peachy. Well, one morning less than a week later, we woke up to find seven strange-looking little pink eraser bugs in the cage with Peachy. She ate one, the rest grew fur and opened their eyes, we gave four away, and we kept two: a light brown one I called Kisser and a spotty one my sister named Pinto Bean. Pinto Bean later became a proficient pianist (really!), but I think all three of them ended up escaping, never to be found again.