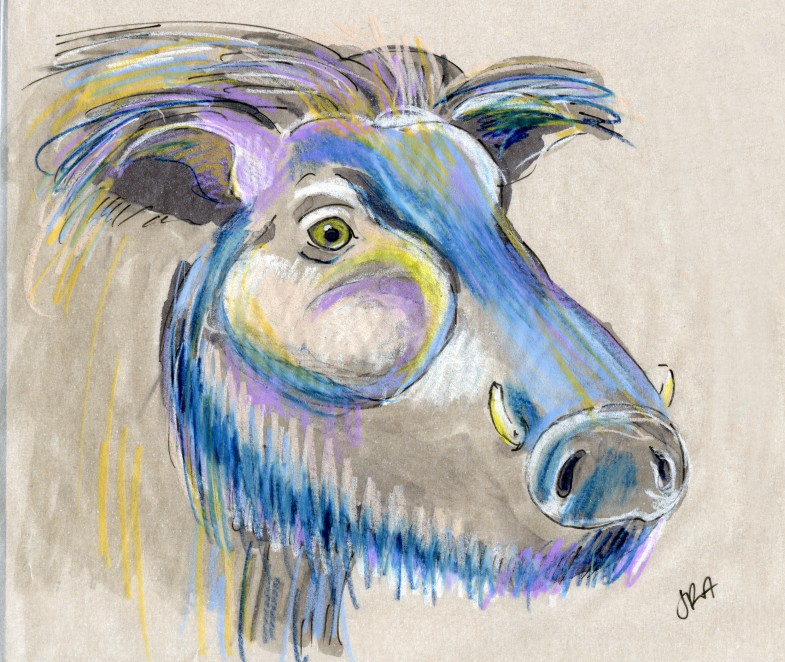 These wild hogs live in central Africa. The male of the species is a vicious fellow, liable to attack his fellow hog with great ferocity, sometimes butting heads so hard that someone’s cranium busts. According to the Ultimate Ungulate website, when two male giant forest hogs fight, “The victor urinates, grinds his teeth, and bites at the loser, who in turn flees the area with his tail raised.”

Giant forest hogs like to live in thicket and brush, favoring forested areas near watering holes. Their major predators are hyenas and leopards. I drew this hog’s snout way too short, but you should get the idea. Can’t you just hear him snorting?