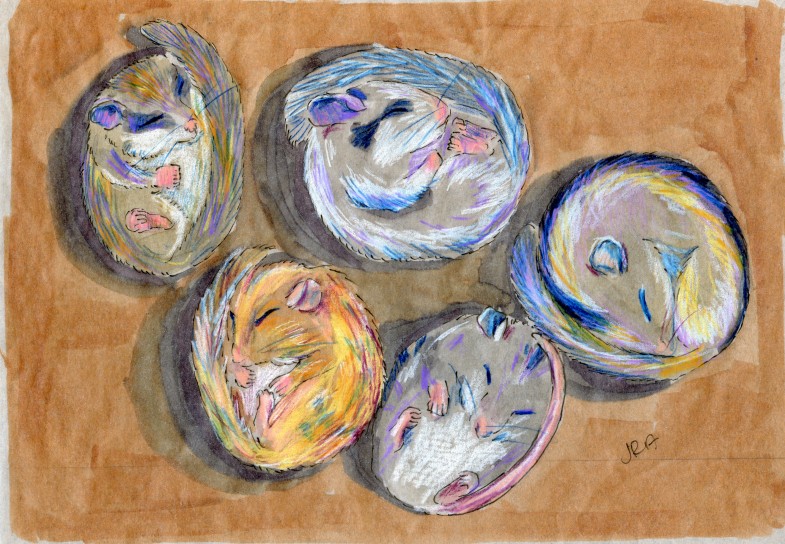 Hello from Orange, Texas, and the Holiday Inn Express. Here is a drawing of not one, not two, but count ’em, five dormice. And not only are there five dormice, but get this: they’re five dormice of different species. (Yes, this is a strategy to speed up the drawing of the 2,000 or so rodents in the world.) Please be advised that they would not ordinarily be all together in a nest like this, living as they do in different areas and such. But you would be likely to find any one of the five sleeping if you found them at all: they’re nocturnal, spending most of the day in a state of torpor and hibernating half the year.