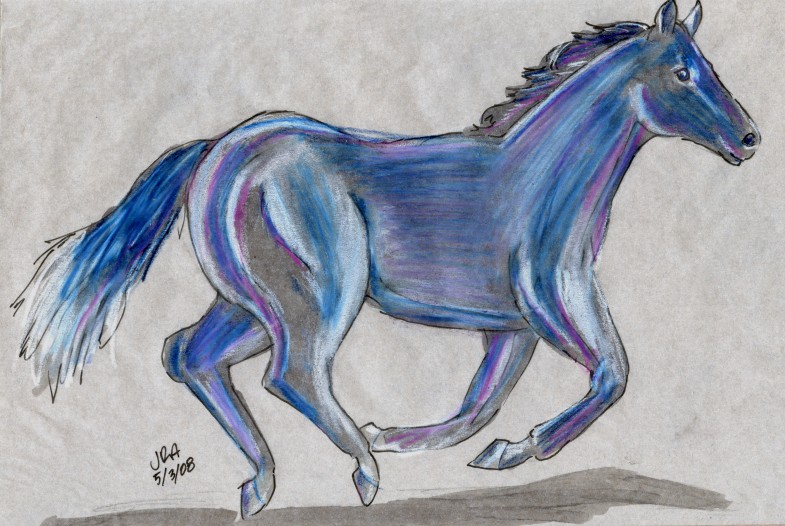 If you know me, you know that I’m a long-time horse lover. I’ve been putting off drawing a horse for this project because once it’s drawn, it’s drawn, and there’s another 13 years of not drawing horses. Also, if the goal is for me to draw every mammal species, well, I’ve drawn tens of thousands of horses already. But I was glad when Sandy requested a horse for her daughter, another horse girl like me.

Today was the Kentucky Derby. I love when it’s in the weekend of my birthday. I think it would have been on my birthday if it wasn’t a leap year. I decided to draw Big Brown, the gorgeous, talented bay who won the Derby today. But when I looked up his story—inexperienced but extremely talented—I saw what else happened at the race.

Eight Belles, a filly, came in second, which is rare enough for a filly. But at the end of the race, after everyone had crossed the finish line, something terrible happened: Eight Belles collapsed. She had broken both of her front ankles, running on them for who knows how long. In front of the second-largest-ever Derby crowd, Eight Belles had to be euthanized.

It’s just so heartbreaking. Talk about having a gigantic heart—that’s Eight Belles.