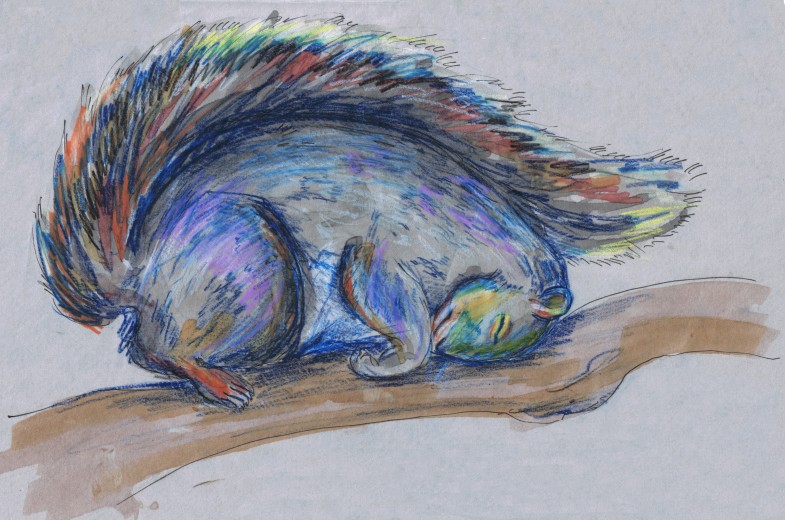 Maggie asked for a gray squirrel doing yoga, so here’s a fellow practicing his balasana! And it’s another tree sleeper, sort of a companion piece to the red panda from a couple of weeks ago. (That red panda is my favorite of my drawings so far.)

The eastern gray squirrel is an animal I don’t see much now that I’ve moved back to New Mexico. While his name indicates that he’s from the Carolinas, he’s actually widespread throughout eastern North America. The Sciurus part of squirrels’ Latin names comes from the Greek words skia, or shade, and oura, which means tail: squirrels are shade-tails, like this one here.