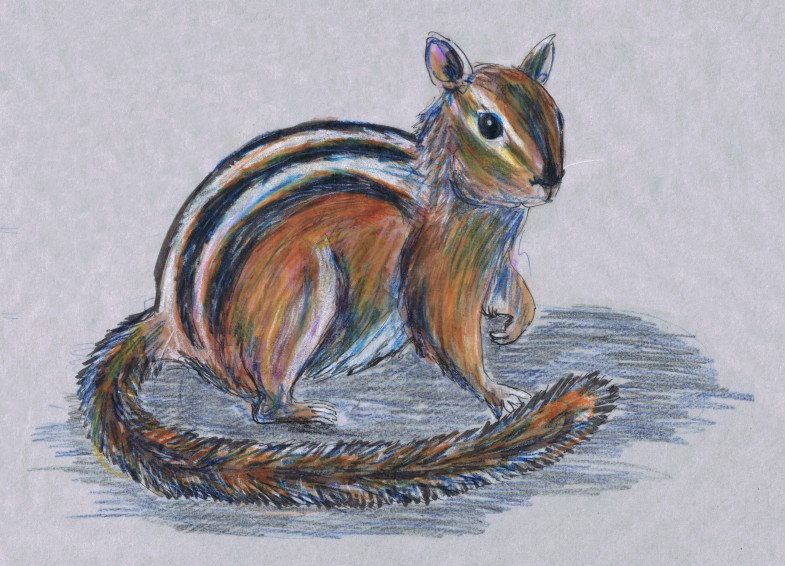 My mom also wanted a chipmunk. There are some 25 species of chipmunk, all but one of which live in North America. The most common by far is the Eastern chipmunk. Did you know that most rodents have five toes on their back feet and four on their front? And the chipmunk is no exception. Also, if you want to tell the difference between a golden-mantled ground squirrel and a chipmunk, look at the face: the ground squirrel will never have stripes on its face, while the chipmunk always will.