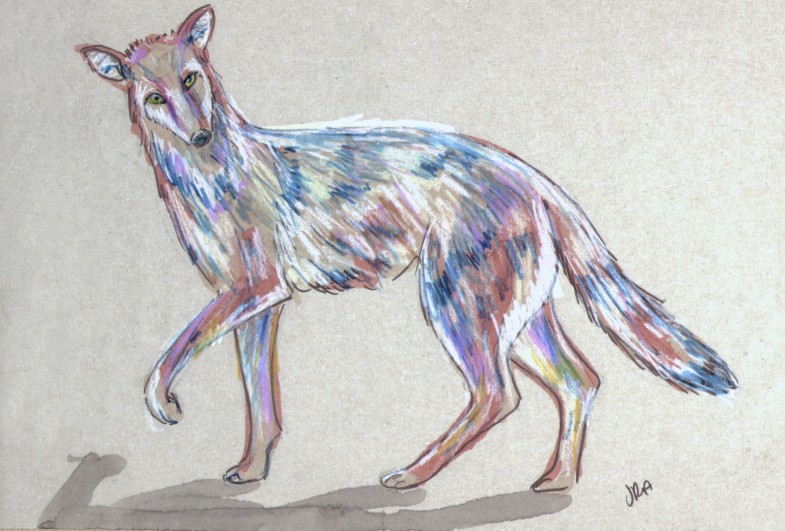 This coyote is for Maleta. Her favorite animal, like mine, is the dog, the plain old domestic dog, but I can’t draw my favorite in the first few months of a 14-year project! So Maleta requested a coyote, which is also the mascot of the high school in Tatum, where she lives.

Coyotes are also one of my favorites. At my parents’ house, you can often hear them barking and howling. I’ve seen them in my parents’ driveway, just sort of milling around in the moonlight. Coyotes are a prime example of a wild animal that is increasingly coming into contact with humans as we take over habitats and alter food chains. While in a way this is magical—for the humans, anyway—it’s a complicated issue that I don’t think we address very intelligently.

How to Know the American Mammals warns, “They do not make reliable pets.”