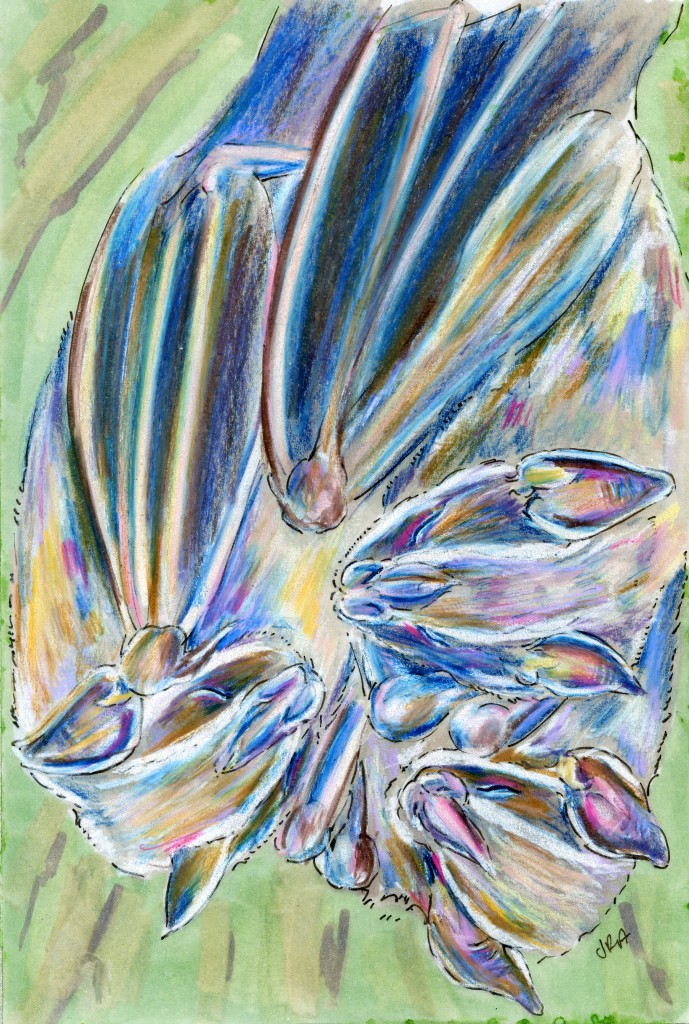 I drew a group of white tent bats in the very first Mammalthon, and I think learning about that species may have been the beginning of my current love for bats and for drawing them. Tressa saw that drawing and wanted a tent-making bat of her own, so these guys are for her. Thank you, Tressa, for giving these bats a home!

The common tent-making bat lives in central and South America, from Mexico to Bolivia and Brazil, and in Trinidad, too. They’ve been observed creating at least nine different kinds of tents from the leaves of at least five different plant families. Some of the styles of tents they make include (and this is all according to Walker’s Mammals of the World) conical, palmate umbrella, pinnate, and boat tents.

Walker’s says that making a tent can be a “long and arduous process,” but the good news is that a given tent will last a while—up to two months in some cases. The tents provide camouflage, shelter, a view, footholds, and a connection to the movements of nearby foliage.

Female tent-making bats roost together in a sorority-house tent, and the males roost either alone or in smaller groups.