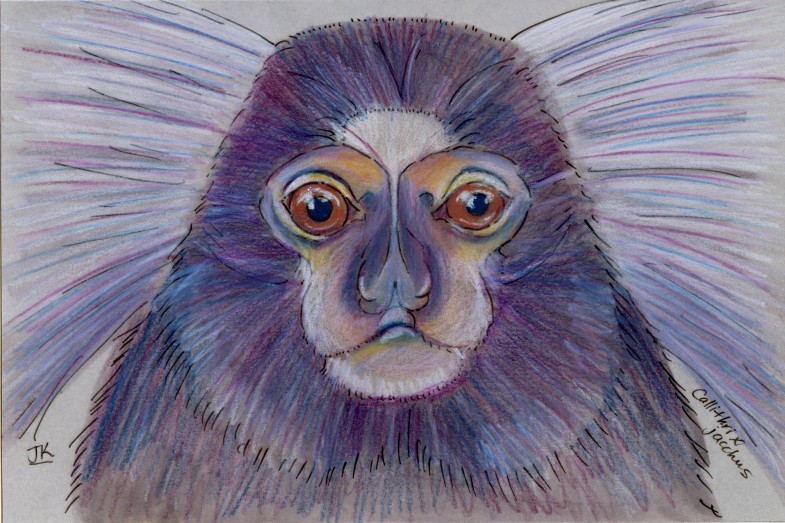 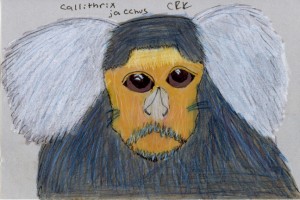 Like many people, some of us Kinyaks are addicted to Angry Birds. The last edition we played, Angry Birds Rio, is a tie-in with the animated movie Rio, which I haven’t seen and don’t plan to, but I assume the characters in the game come from the movie. While the original Angry Birds game has pigs as the birds’ enemies, in Rio, your enemies are marmosets, and after flinging little birds at them, I decided to draw one.

The common marmoset is also known as the white-tufted-ear marmoset. It’s endemic to the forests of eastern Brazil. I’ve just learned a new biology word, and you probably know that learning new biology words is one of my favorite parts of the Daily Mammal. The common marmoset is both an exudativore and an insectivore. That second one is obvious (it eats bugs). The first was new to me. Exudativores make tree sap, resin, and gums a major part of their diet. Common marmosets gnaw into the bark of a tree and then scoop out the sap or what have you with their teeth. About 70 percent of their food-finding time is spent on tree saps and the rest on insects.