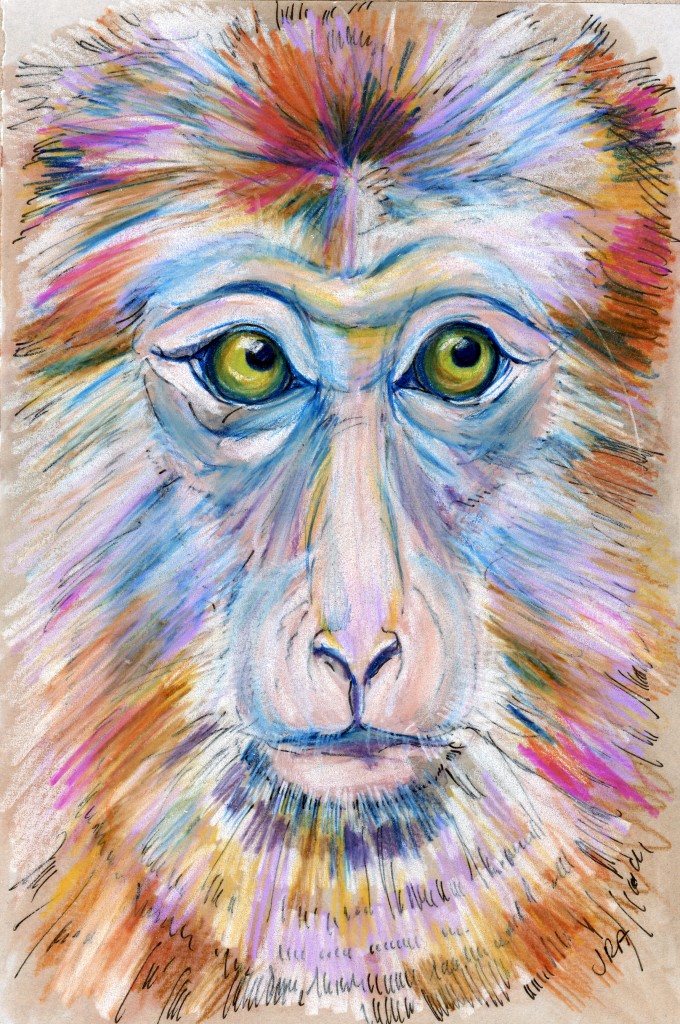 This fuzzy fellow is called the Chinese stump-tailed macaque for reasons that would be obvious if you could see his backside. But he’s also known as the Tibetan macaque and Père David’s macaque. These macaques are frugivorous (they eat fruit) for the most part, but they’ll also eat some insects, leaves, and seeds when the situation warrants.

As for Père David, who inspired one of the Tibetan macaque’s common names, he was a Catholic missionary named Jean Pierre Armand David. He was a clergyman by profession and an all-around naturalist by passion. Père David, who died in 1900, seems to have been one of those now-all-too-rare “Renaissance souls” with a wide range of interests and fields of study. He was, apparently, the person who introduced Europe to the panda (or the panda to Europe), and in addition to zoology, he also studied botany, paleontology, and geology, and he was a beloved science teacher before being shipped off to China.

Père David had two jobs in China: convert people to Catholicism and send back natural history specimens for a museum in France. While there, he became the first to describe 63 species of animals, 65 species of birds, plenty of other creatures, and hundreds (or maybe thousands) of kinds of plants. Not to fear, though. According to the Catholic Encyclopedia (1913), “In the midst of his work as a naturalist Father David did not neglect his missionary labours, and was noted for his careful devotion to his religious duties and for his obedience to every detail of his rules.”

(I just noticed, after I pasted that quote, that he was noted for obedience of his rules. His own? That could be a lot easier than obedience to, say, the Vatican’s.)