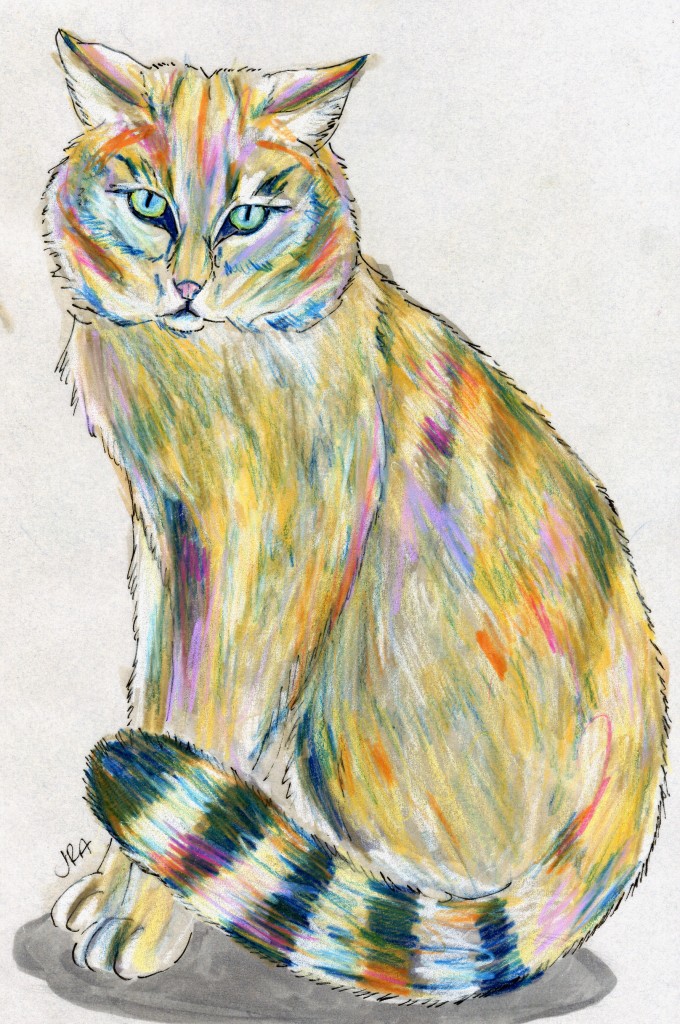 The Chinese mountain cat is also called the Chinese desert cat, but it’s not really known to live in the desert. It prefers to roam around mountain meadows, where it eats rodents like pikas and voles and mole-rats, along with the occasional pheasant for variety’s sake. It seems to use its ears when it hunts, listening for the sound of mole-rats burrowing underground, then digging them up for dinner. The Chinese mountain cat is nocturnal and solitary. A major threat to the cat’s continued success is the widespread prejudice against pikas, who are reputed to compete with livestock for grazing rights. When the pikas are poisoned, the Chinese desert cat suffers, too.