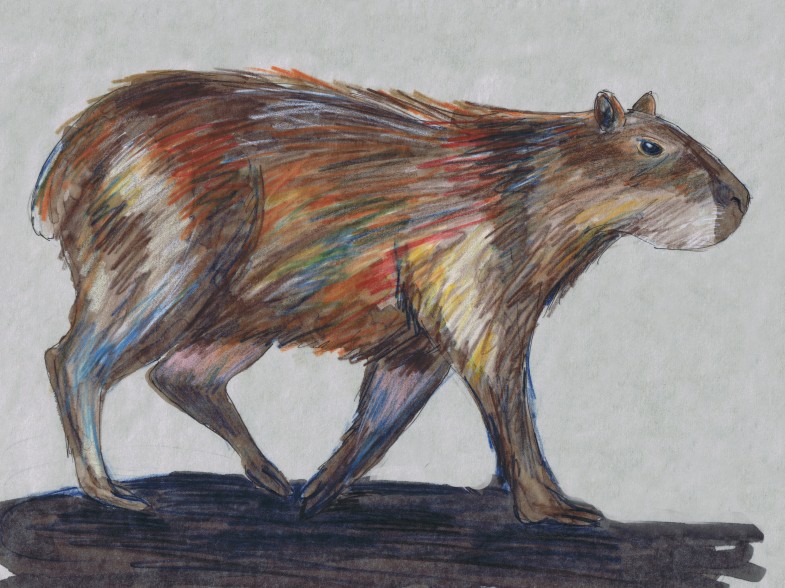 Capybaras live in South and Central America. They are my favorite rodent, as well as the world’s largest, weighing 150 pounds or more. They’re about 3–4 feet long and 2 feet high. The colder their climate, the darker and coarser their hair. Capybaras’ feet are webbed and they spend a lot of time in the water. Sometimes they hide there with only their noses sticking out. Because of their aquatic nature, capybaras were the subject of a strange ruling by the Vatican, which agreed to classify them as fish. This means that South and Central American Catholics can eat them during Lent, when other meat is forbidden. In fact, some 80 tons of capybara meat are sold annually. Capybara leather is also sought after, and the capybaras are facing the destruction of much of their habitat, but their fast rate of reproduction means that they aren’t endangered.