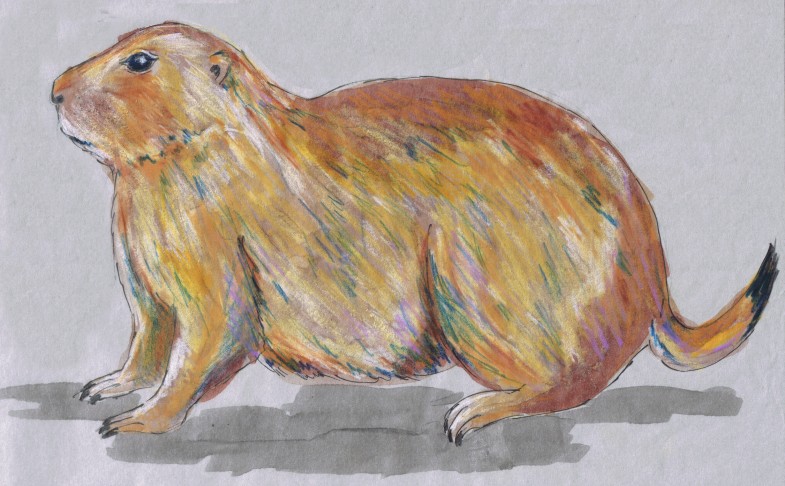 Prairie dogs, which are small ground squirrels, live only in North America. One of the species that lives here in Albuquerque is the black-tailed prairie dog, like this chubby fellow. They live in complicated underground “towns.” Related prairie dogs greet each other by touching their front teeth together. It looks like they’re kissing.

Now, prairie dogs are not just cute little guys. Their presence is vital to many other species, including some 170 vertebrates, according to some scientists. One factor that led to the near-extinction of the black-footed ferret is its dependency on the prairie dog for food—as prairie dog populations were wiped out, the ferret was left hungry.

But prairie dogs sometimes get in the way of humans. Here in Albuquerque, people have devised all kinds of ways of moving prairie dog towns to places where they won’t interfere with development, including one scheme I remember from several years ago that involved sucking them out of their colonies with a giant vacuum machine. Earlier this month, a colony of prairie dogs was, sadly, poisoned at the vacant lot where they lived. The lot’s owner wants to develop or sell it, and he chose to kill the prairie dogs instead of find another way to evict them.

“Language of Prairie Dogs Includes Words for Humans” from LiveScience