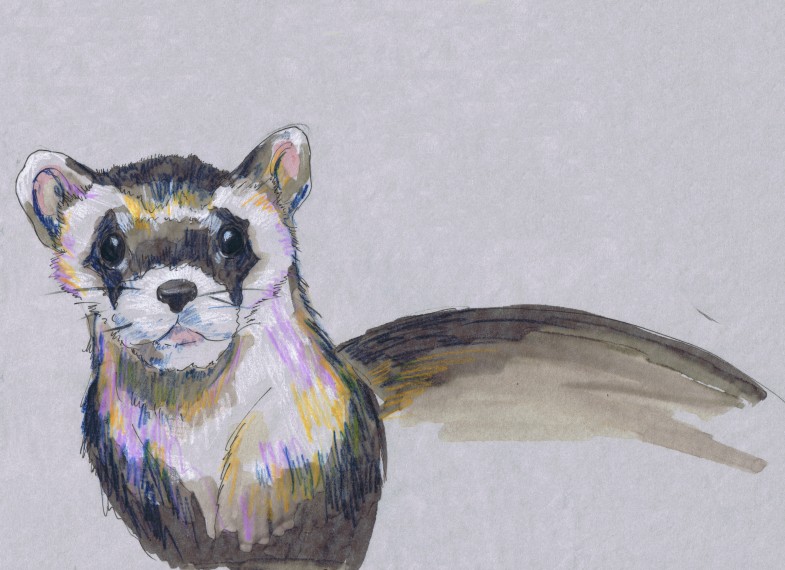 This ferret is the rarest mammal in North America, and one of the rarest in the world. Ninety percent of a black-footed ferret’s diet consists of prairie dogs, and since prairie dogs have not been in favor with ranchers et al. in the recent past, the poor black-footed ferret’s cupboard has been bare, and the species very nearly went extinct. But with prairie-dog-control methods trending away from poison and other destructive measures lately, along with aggressive captive-breeding and species reintroduction programs, it looks like we can guardedly say that the black-footed population is on an upswing.