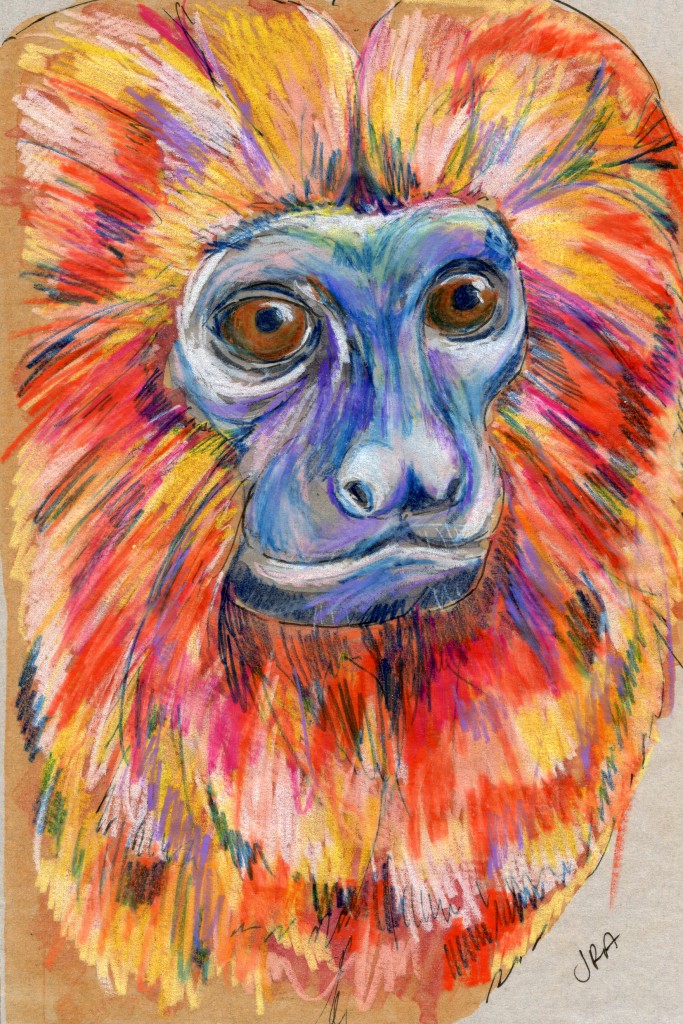 Tynan requested a golden lion tamarin, which is a small monkey that lives in the rain forest in eastern Brazil. It’s extremely endangered—only 1,000–1,500 survive in the wild—mainly because of industrialization and cultivation of its forest habitat. Golden lion tamarins are omnivorous, eating insects, lizards, and fruit. I wonder why they’re so beautifully tangerine-colored.