Posted on Jan 6, 2008 by JR Kinyak in Carnivores, Mammalthons | 0 comments 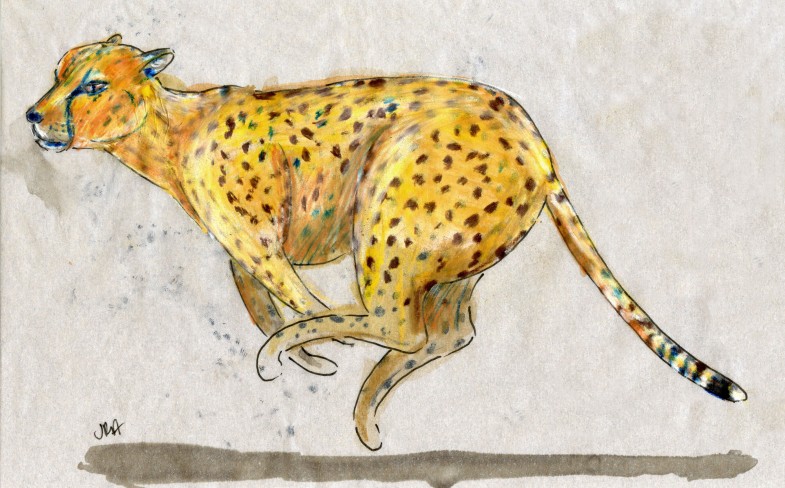 My brother-in-law Stephen is a runner. I think that’s why he requested a cheetah. In a sprinting contest, though, Stephen would stand no chance: the fastest human sprinters hit about 20 miles per hour, while the cheetah goes at about 65–70. The cheetah, however, cannot go nearly as fast as the peregrine falcon, which is the fastest animal on earth. Diving in for a kill, peregrines reach speeds approaching 300 miles per hour.