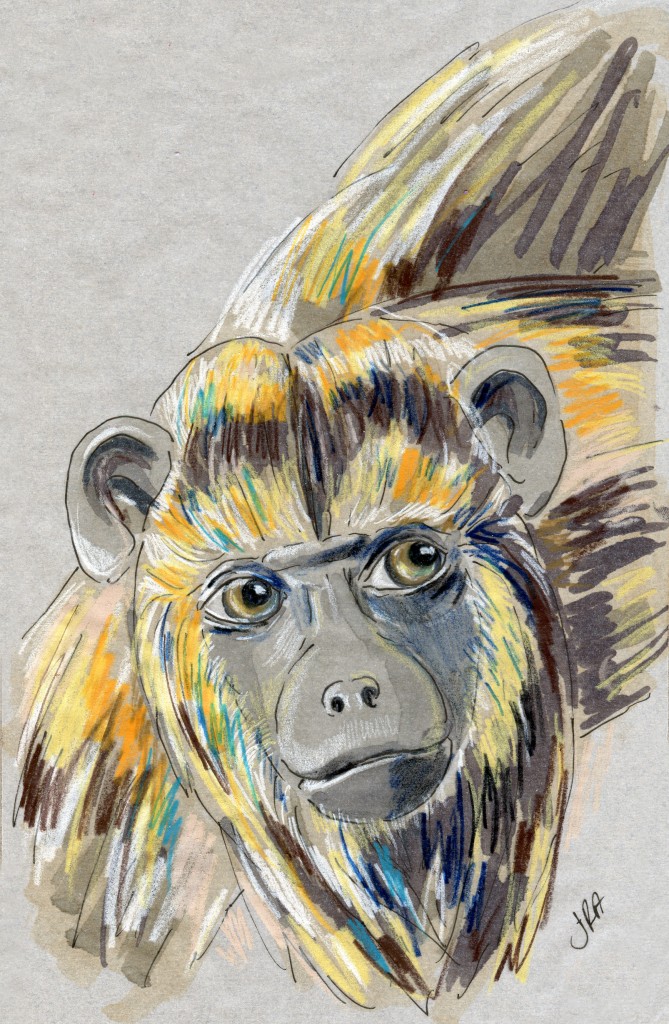 Howler monkeys live in the South and Central American rain forests. They are the loudest land animal in the world. (Loudest animal, period, is the blue whale.) You can hear their howls up to three miles away. As usual, Ivan T. Sanderson describes it best: “They sound like the roll of distant thunder preceded by the death-agonies of half a dozen tortured jaguars.” Mr. Sanderson loves the howlers, adding, “If South America selected an international emblem it should be this magnificent animal emblazoned in gold on a jungle treetop against the clear blue of the sky.”