Posted on Jan 8, 2008 by JR Kinyak in Carnivores, Mammalthons | 4 comments 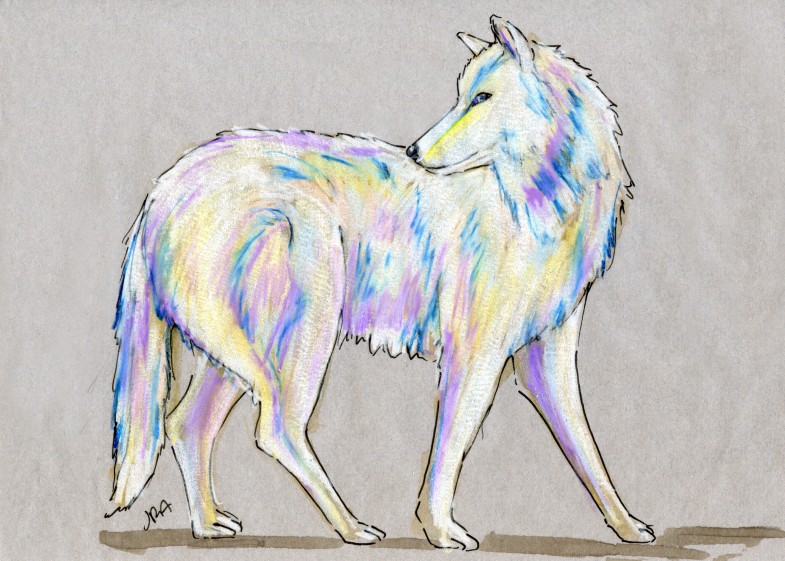 The arctic wolf, which Nancy requested, is a subspecies of the gray wolf. It’s a little smaller with a shorter nose and ears and a white coat year-round. The arctic wolf is very isolated in the northernmost parts of North America and in Greenland, and the World Wildlife Foundation tells me that it’s the only wolf subspecies that isn’t threatened, which is good news for it, at least.

Meanwhile, wolves in Alaska are up against the nightmare of aerial hunting, which you may want to help stop. (That link includes a video that isn’t terribly graphic but does show the hunting, which is upsetting.)

Arctic Diary: Tracking Wolves from the BBC (by a professional explorer, a job title that I didn’t know still existed but I’m sure glad it does)
Arctic Wolves and their Prey from the NOAA