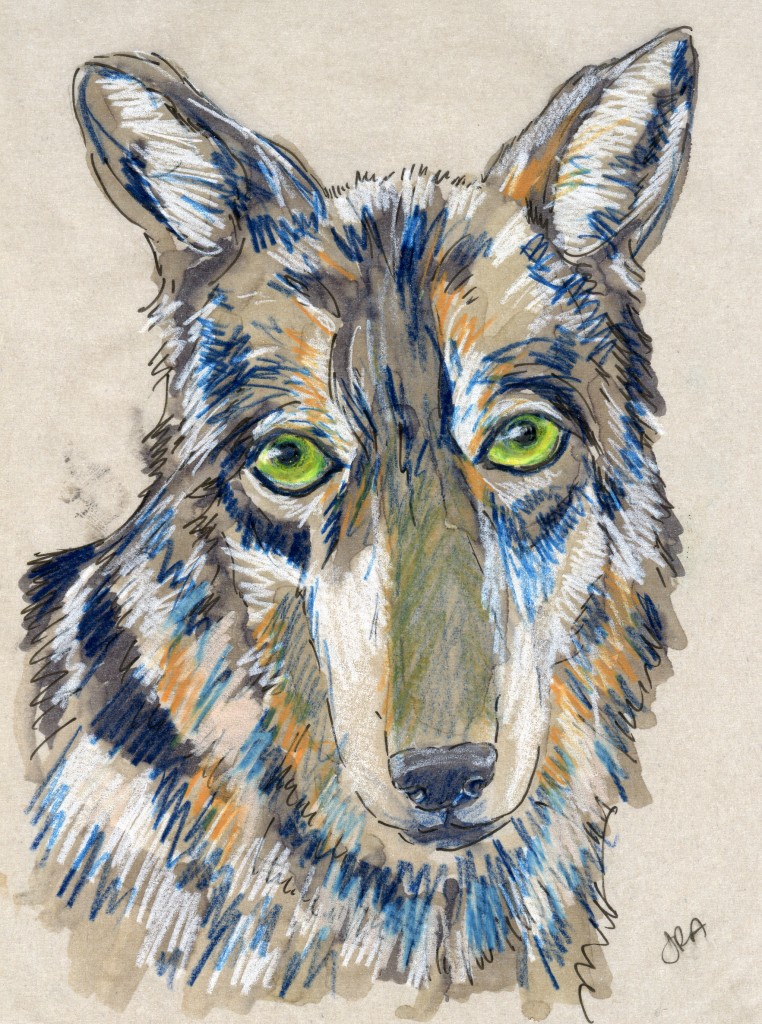 Here’s a gray wolf for Jay. The gray wolf is the largest of the canines. It was once prevalent throughout the world; now it’s restricted mainly to northern North America, Asia, and Europe, with a few small populations surviving in western Europe.