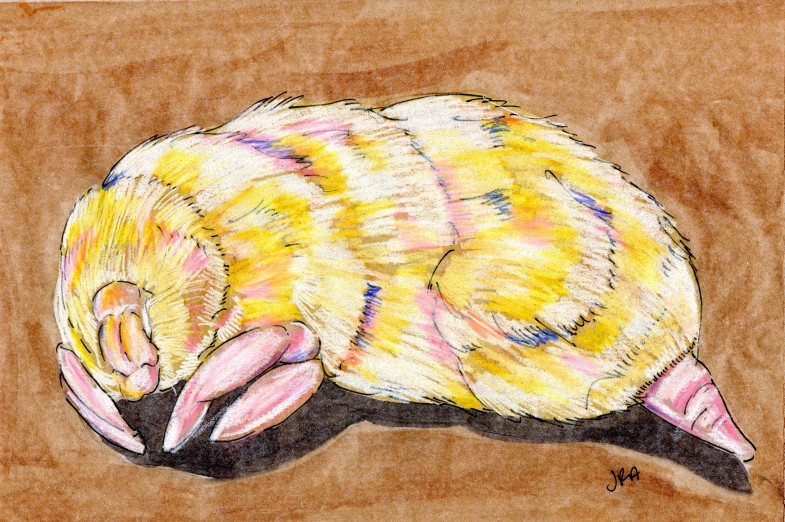 The southern marsupial mole is one of two species in the order Notoryctemorphia, one of the remaining mammalian orders that I hadn’t drawn…until now! (After Notoryctemorphia, there are five more orders to cover. They’re all drawn and waiting to meet you!)

Marsupial moles, which live in Australia, aren’t at all related to moles; true moles aren’t marsupials. But what’s remarkable about these guys is how well they demonstrate the idea of convergent evolution, which is the phenomenon of organisms that aren’t related nevertheless evolving very similar adaptations in response to similar environments. Its form is very similar to that of other moles that burrow in sandy soil, but it most resembles the golden mole, which lives in Africa and is also not really a mole!

You should watch this neat video on ARKive that shows a southern marsupial mole digging a burrow. It’s mesmerizing to see how the sand closes up behind it, leaving almost no trace that it was there.

At one time, southern marsupial moles were heavily hunted for their silky blond pelts. Now, they’re considered endangered, but nobody knows much about them, their range, or their population.