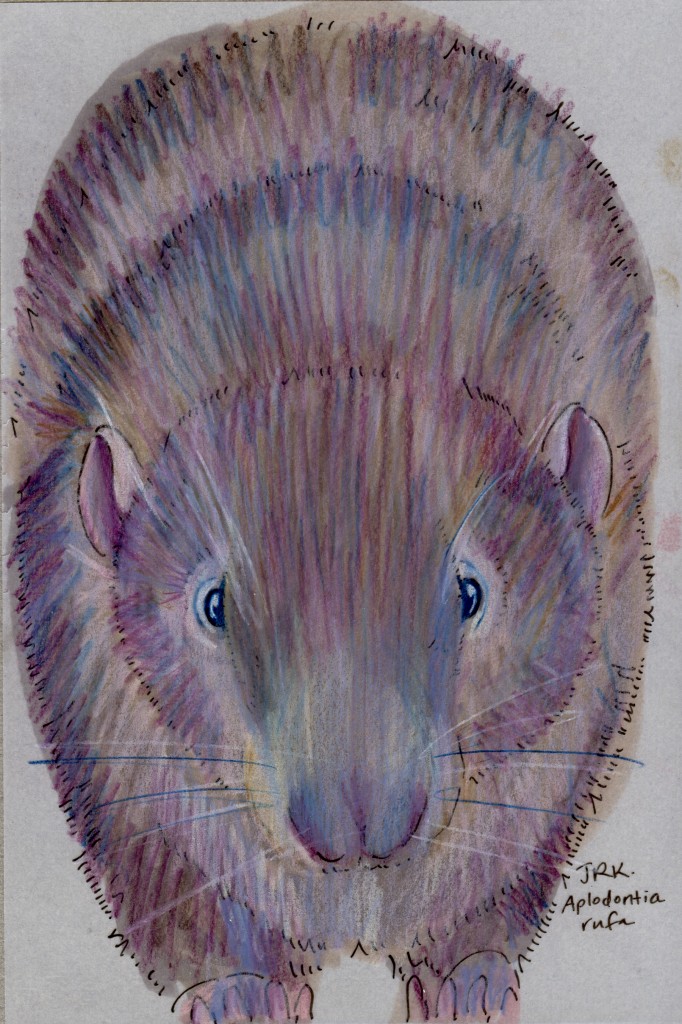 The sewellel, which is also known as the mountain beaver, even though it doesn’t live in the mountains and isn’t much of a beaver, lives along the coasts of British Columbia, Washington, Oregon, and California, in moist, cool, rain forest environments. It is one of the most primitive rodents in existence, meaning that it really isn’t different from its ancient fossilized ancestors, and it doesn’t have any close living relatives. Sewellels (the name comes from a Chinookan word for a cloak made from the sewellel’s fur, according to Wikipedia) live in burrows that include latrine chambers. When they defecate, they take their poop into their mouths and then either eat it, if it’s soft, or toss it into the latrine, if it’s hard.