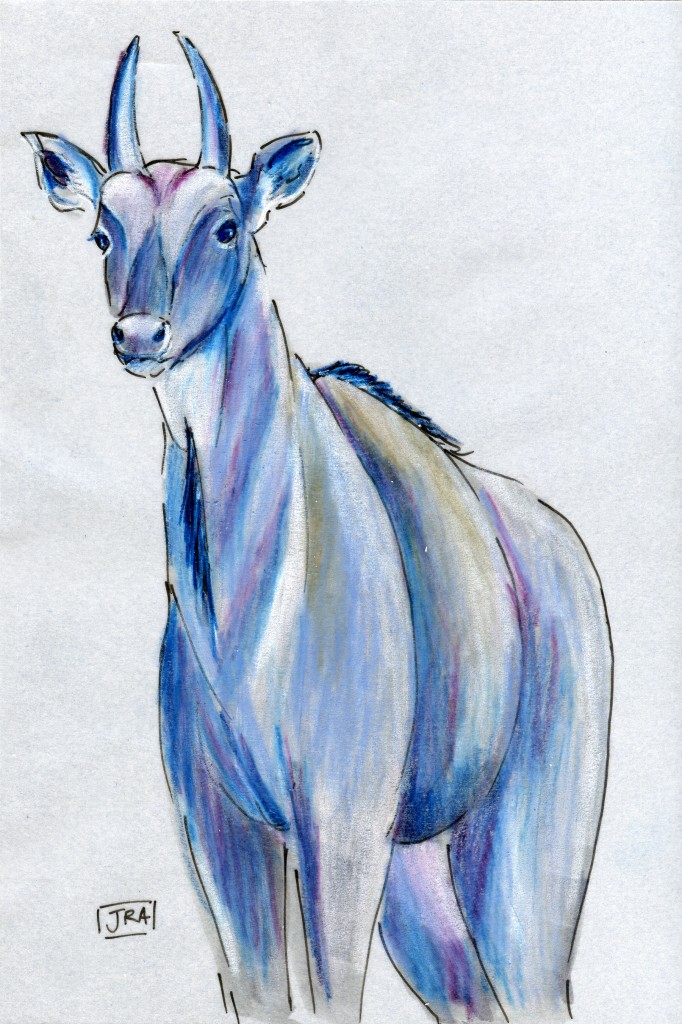 The nilgai is an antelope that lives in India and parts of Nepal and Pakistan. For an antelope, it has a weird scientific name: Boselaphus tragocamelus means ox-deer-goat-camel. Perhaps they just really didn’t know and wanted to hedge their bets. The word nilgai comes from a Hindi word meaning “blue bull.” (The male nilgai’s bluish gray hide reminds me of grulla, my favorite color in Ben K. Green’s The Color of Horses. When I was a kid, my dad and I enjoyed looking at that book at B. Dalton or Waldenbooks while my mom and sister were shopping elsewhere in the mall.)

Some 35,000 feral nilgai roam ranchland in Texas. In the 1930s, the King Ranch decided to experiment with breeding the hardy antelope in tough Texas as an alternative source of meat. That didn’t really take off. Now, the Texas nilgai are handy targets for trophy hunters.