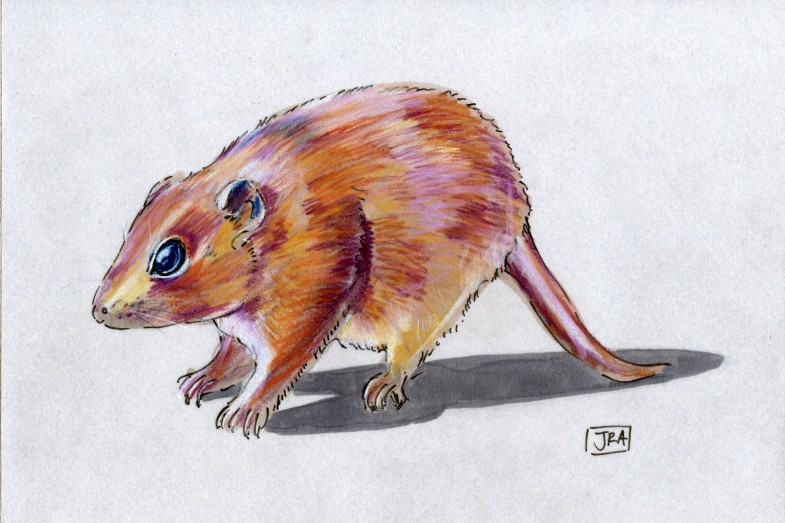 This little marsupial is widespread in the desert of northwestern Australia, where it likes to eat insects and small vertebrates. The young are born in November, and they’re old enough to mate by the time kaluta mating season rolls around the following September. Sadly, all males die shortly after the mating season, apparently from the stress of competing for females!

In this little guy’s Latin name, kaluta is an aboriginal word for the animal, and dasy means hairy. Rosamondae is in honor of Rosamund Clifford, a legendarily beautiful redhead of the 12th century. She was the mistress of Henry II from her teen years until shortly before her death, in a convent, in her 20s. Many tales have arisen about her over the years, the most persistent perhaps being that she was poisoned by Henry’s jealous wife, Eleanor of Aquitane. This is probably not true, but artists have long been intrigued by the story. Below is a painting by J.W. Waterhouse from 1905. See evil Eleanor poking her head through the curtains behind the unsuspecting Rosamund? She has followed Rosamund’s embroidery thread through a labyrinthine garden to find the king’s mistress in her secret castle. 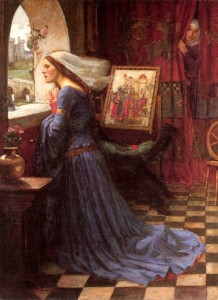 Here’s another painting of the same scene. This one is from 1862 and was painted by Edward Coley Burne-Jones. 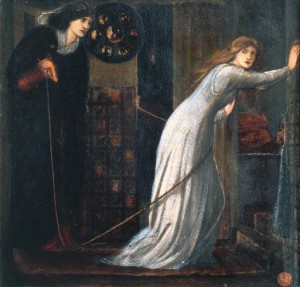 This beautiful striped rose was named for Rosamund Clifford, too. 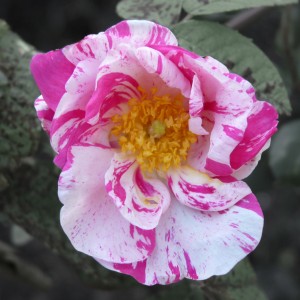