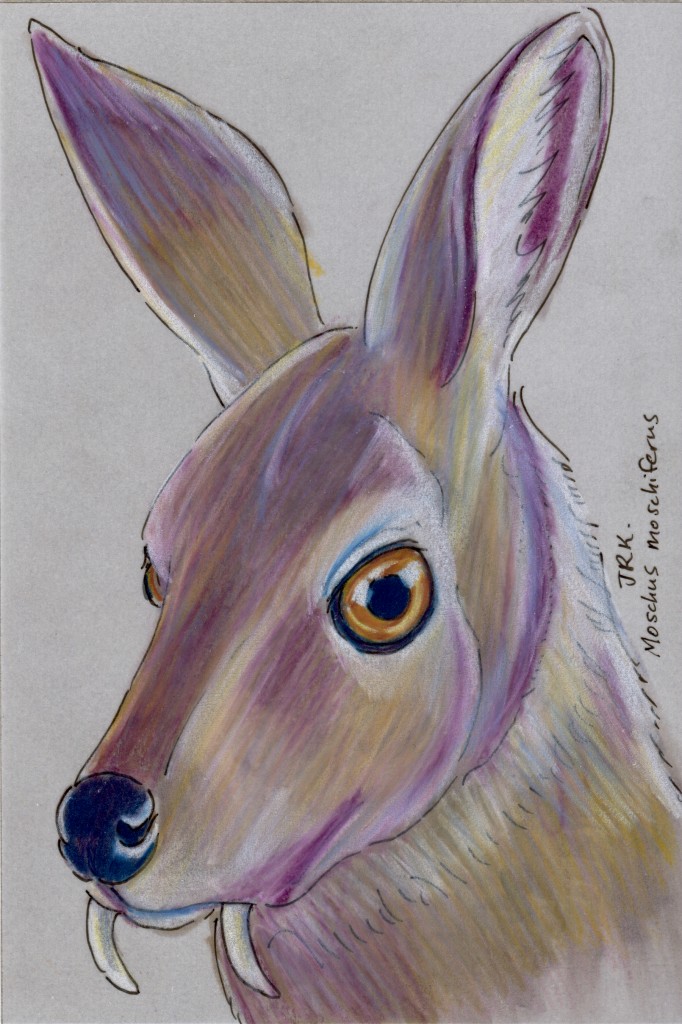 I’m reading a book called The Tiger: A True Story of Vengeance and Survival, by John Vaillant. It’s about Siberian tigers and tiger trackers in the far east of Russia, a region called Primorsky Krai, the Maritime Province, or Primorye. It’s a fascinating place, closer geographically to Beijing and even to Australia than to Moscow, and amazingly biologically diverse. Vaillant says that “Primorye is also the meeting place of four distinct bioregions,” the taiga, the steppes, the subtropics, and the far-northern forest:

“Here, timber wolves and reindeer share terrain with spoonbills and poisonous snakes, and twenty-five-pound Eurasian vultures will compete for carrion with saber-beaked jungle crows. Birch, spruce, oak, and fir can grow in the same valley as wild kiwis, giant lotus, and sixty-foot lilacs, while pine trees bearing edible nuts may be hung with wild grapes and magnolia vines. These, in turn, feed and shelter herds of wild boar and families of musk deer whose four-inch fangs give them the appearance of evolutionary outtakes. Nowhere else can a wolverine, brown bear, or moose drink from the same river as a leopard, in a watershed that also hosts cork trees, bamboo, and solitary yews that predate the Orthodox Church. In the midst of this, Himalayan black bears build haphazard platforms in wild cherry trees that seem to fragile for the task, opium poppies nod in the sun, and ginseng keeps its secret in dappled shade.”

Beautiful, isn’t it? And inspiring to an amateur mammalogist like me. This week, we’ll look at some of the mammals of Primorye, like those mentioned above, beginning with today’s fellow, who isn’t Bunnicula, but rather the Siberian musk deer.

Musk deer, as their name suggests, are the traditional source of the musk that we use in perfume. Musk comes from a gland, or musk-pod, in the male musk deer, and generally, someone who wants that musk-pod will kill the deer for it. The musk deer has been so heavily hunted that it is now internationally protected, but still, poachers poach, and our friend’s numbers are declining.

Here is a link to a video from Arkive of the musk deer in action. It has powerful hind legs and weaker front ones, like a rabbit, and it moves through a series of bounds. I also like the sound of the cold wind in this video.