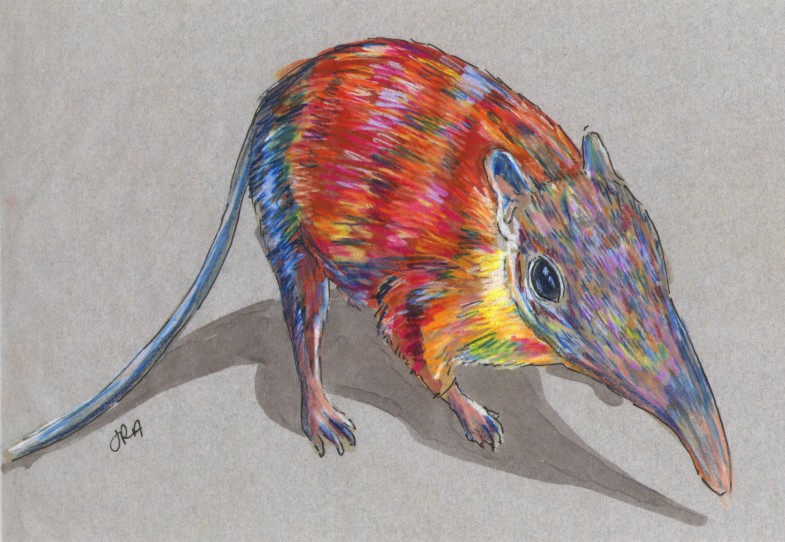 In 2005, scientists studying giant elephant-shrews (another name for sengis) in Tanzania set a camera trap that caught (on film) a creature they weren’t expecting. Long-snouted and furry, it looked a lot like the black-and-rufous sengi, only bigger and with a gray face and a black behind. Sure enough, it turned out to be a brand-new species, first described in a scientific journal in 2006. It’s the first new sengi species to be found in the last 126 years.

The gray-faced sengi is the largest (known) sengi. It lives in a very small forested area of Tanzania’s mountains. Sengis were originally thought to be related to shrews, but now scientists seem to think they are actually related to elephants, aardvarks, and sea cows! Amazing! I think they’re beautiful and I love to draw their colors. I hope science finds many more of these guys in the next 14 years.