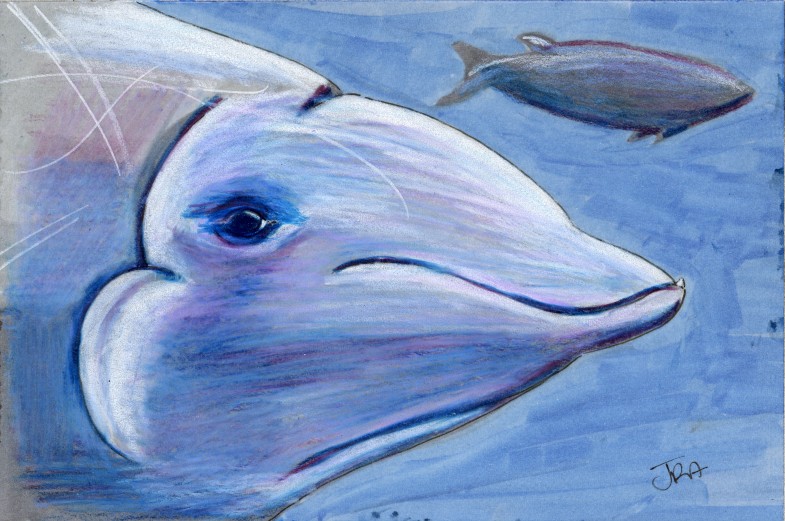 Happy Inauguration Day! Today is the last day of our visit to President Obama’s (!!) home state. This funny guy is a Cuvier’s beaked whale, also called a goose-beaked whale. Even though Cuvier’s beaked whales are believed to be quite abundant, and even though they have an impressively large range, very little is known about them. They’re difficult to study because they seldom come to the surface. We do know, though, that they can dive deeper than any other air-breathing animal and that they hear through their throats (the sound travels to their ears through “a unique fatty channel”).

We also know that beaked whales seem especially susceptible to being harmed by naval sonar experiments and exercises. In 2000, several Cuvier’s beaked whales beached in the Bahamas, bleeding around their brains and ears, during naval exercises. Naval sonar has also been linked to mass strandings in the Mediterranean, the Madeira Islands, the Canary Islands, Japan, and the Gulf of California. The bad news for Hawaii’s beaked whales, reported last week, is that the U.S. Navy has been given a permit for a year of sonar and bomb training off the coast of Hawaii. The Navy is supposed to try not to harm marine mammals, but since no one knows exactly how sonar hurts the whales, how can we prevent it?