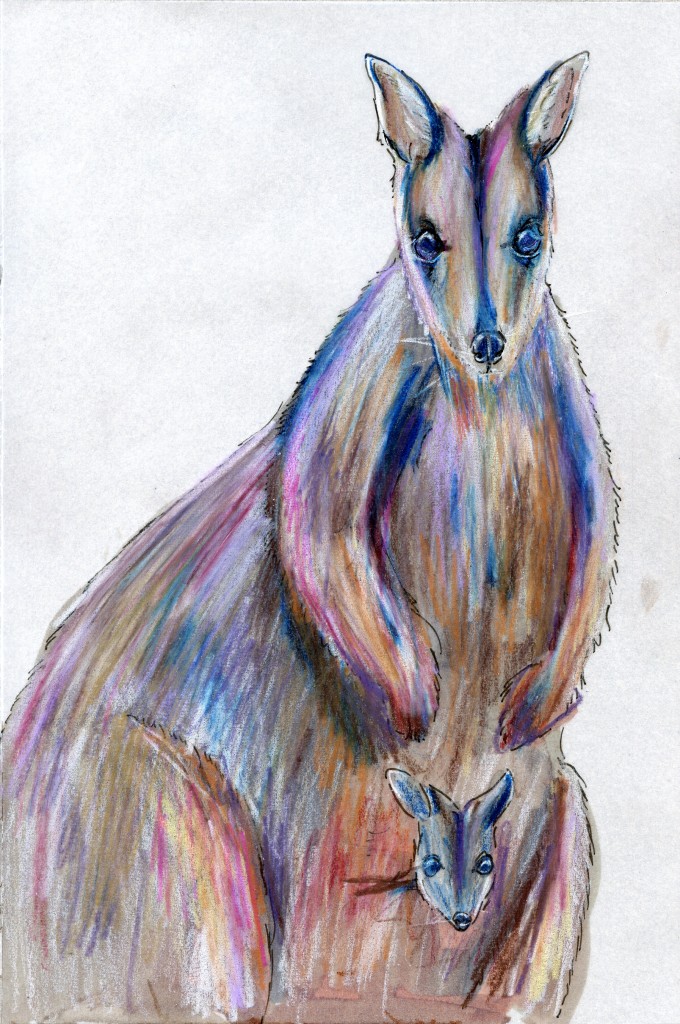 Today we continue our celebration of President-Elect Barack Obama and his home state of Hawaii! The brush-tailed rock wallaby, native to Australia, was once common throughout that continent; now it’s confined to tiny parts of Queensland, New South Wales, and Victoria. The Victoria population, in particular, is near extinction. These fuzzy marsupials live on rocky ledges and…Wait, what’s that? Oh, yes, Hawaii!

In 1916, someone brought two adult brush-tailed rock wallabies—a male and a female—and one wallaby joey from Australia to Hawaii for a private zoo. While they waited to move into their new digs, the wallabies were kept in a tent. Well, a pack of local dogs attacked the tent and killed the joey, but the adult breeding pair escaped. Now there’s a feral population of “brushies” in Oahu, all of whom are descended from the 1916 escapees.

This species was introduced to New Zealand, too, and it’s possible that in the future, the Hawaii and New Zealand emigrés could prove helpful in conserving the original Australian populations. Unlike other introduced species, the brush-tailed rock wallabies enjoy a pretty undisturbed Hawaiian life. Since they’re related to the vulnerable Australians, and since they don’t really harm anyone or multiply wildly or compete with anyone, the state government protects them.