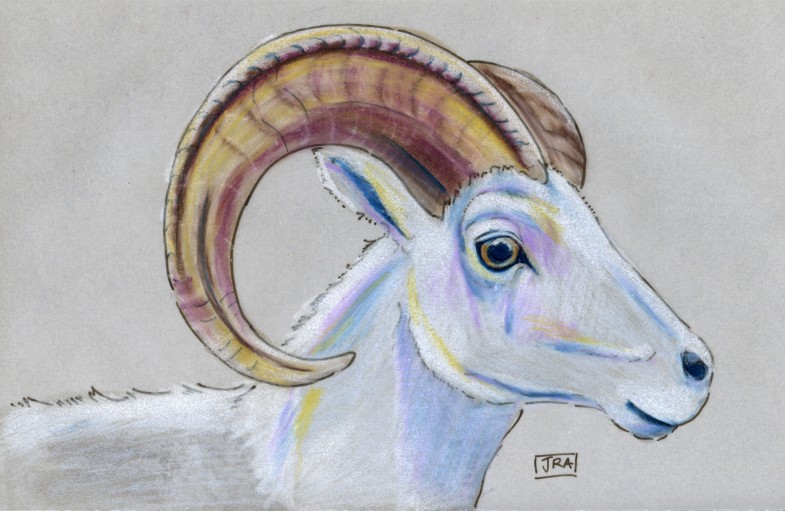 The thinhorn sheep is closely related to the bighorn sheep, only its horns are more thin than big. (Another relative of the two is the snow sheep, which lives in Siberia.) There’s a bit of nomenclatural confusion with these guys. Never mind that some scientists think that all members of Ovis should actually be in Capra (the goats). The specific issue with the thinhorns is that they’re divided into two subspecies, Dall (or Dall’s) sheep and Stone (or Stone’s) sheep. Only some people don’t think they should be considered separate species. And a lot of people call them all Dall sheep instead of thinhorns.

Whatever you call them, these sheep live in dry, mountainous regions, and only in Alaska and northwestern Canada. Thinhorn rams band together in cranky, uncomfortable groups, jostling each other for position. When it comes time to start meeting ewes, the rams really start in, fighting with their horns to establish a hierarchy. The winners get to mate more; the losers are run out of town on a rail. (Ewes fight amongst themselves, too, with their shorter horns. They live in women-and-children groups when they’re not mating.)

Thinhorn rams have six separate ranges that they live in during different seasons. Ewes have four. These sheep are preyed upon by wolves, coyotes, golden eagles, and bears, as well as human hunters.