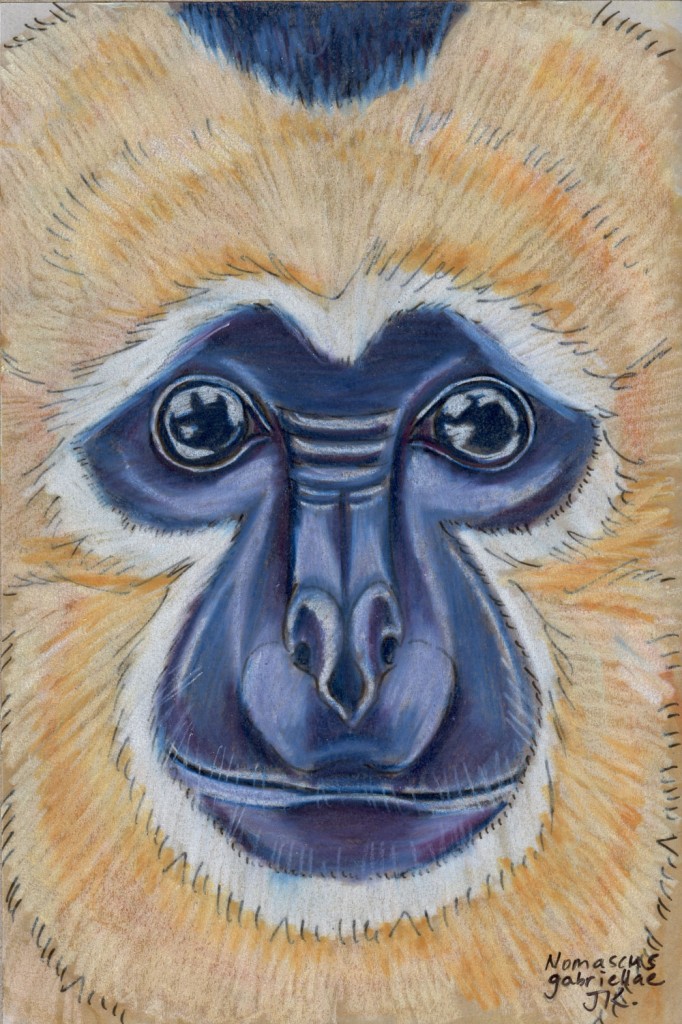 While the human Olympics continue in London, the Mammal Olympiad continues here on the Daily Mammal! Today, we have a gymnast. As with human gymnastics, mammal gymnastics is difficult to judge in that there’s no fastest, no deepest, no highest. The best gymnast is the one who performs the most skillfully, gracefully, powerfully, and beautifully. In searching for the creature who might be named the best gymnast among mammals, I kept finding videos of gibbons, like this one.

Doesn’t that call to mind a human gymnast on the uneven bars, like this one?

Well, maybe not that one exactly. That was Nadia Comaneci, earning the first perfect 10 in gymnastics. Now they don’t have perfect 10s anymore. Notice that the scoreboard couldn’t even display four digits, so they showed her score as 1.00! Incidentally, Nadia Comaneci is married to Bart Conner, who for some reason lends his gymnastics expertise to this completely stupid segment of Man vs. Beast, in which a human gymnast competes with an orangutan to see who can hang from a bar longer. But the fix is in!

The fix having something to do with the fact that not only did the orangutan not know he was in a competition, but competitions are meaningless to orangutans.

Gibbons, of which there are some sixteen species, are apes: lesser apes, distinguishing them from the great apes, who are the humans, chimpanzees, gorillas, bonobos, and orangutans. They’re supremely good at brachiation, which is traveling through tree branches, thanks to their very long arms and ball-and-socket wrists.

The buff-cheeked gibbon shown above is a female; males have dark faces with buff cheeks. They live in Cambodia, Laos, and Vietnam, and they’re also called yellow-cheeked gibbons or red-cheeked gibbons, but I think buff-cheeked is most accurate. Unfortunately, they’re endangered, thanks to hunting for food and the pet trade. 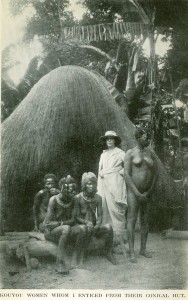 The gabriellae part of the buff-cheeked gibbon’s scientific name is in honor of Gabrielle M. Vassal. Vassal was married to a French military doctor, and in the early 20th century, she went with him to his posts and wrote travel books, including In and Round Yunnan Fou, On and Off Duty in Annam, and Life in French Congo. Madame Vassal was a skilled hunter and a naturalist and she contributed specimens to several natural history museums. To the right is a photo of her from Life in French Congo. (She, of course, is the colonialist in the picture.)

Here’s a sample of the amazing songs that buff-cheeked gibbon pairs sing. These two are in a zoo, and their infant children whistle a little in the song, too.