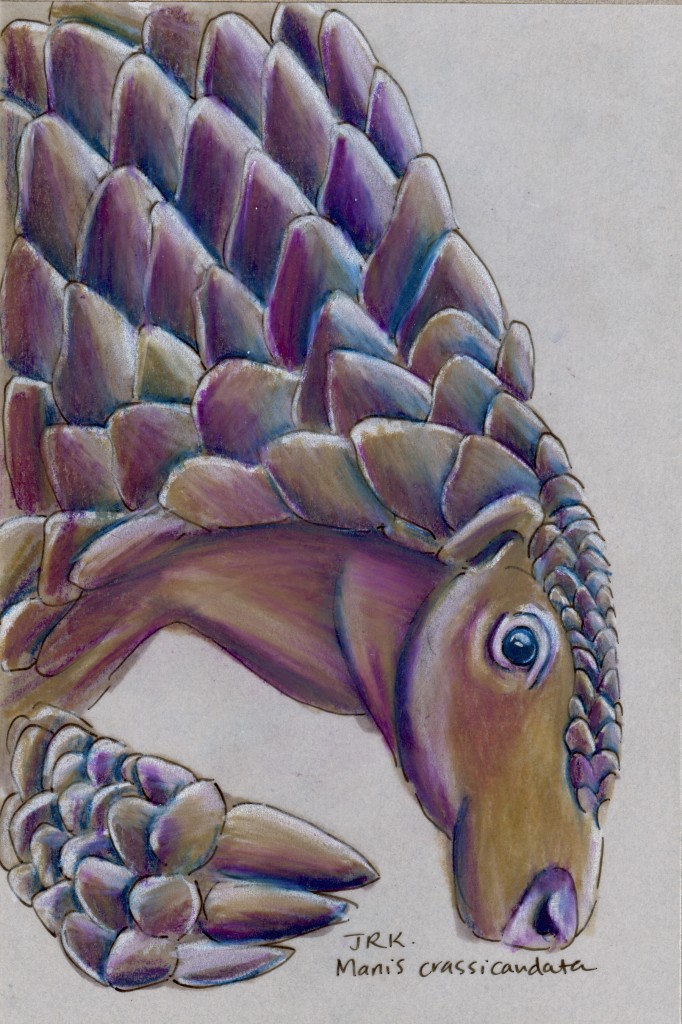 The Indian pangolin, which is also called the thick-tailed pangolin, is native to India, Pakistan, Sri Lanka, and Bangladesh. It is myrmecophagous, which means it eats ants and termites. Remember the secret word feature on Pee-wee’s Playhouse?

Let’s all scream real loud today whenever someone says “myrmecophagous”!

The pangolin needs a long tongue to root around in anthills and termite mounds, and in fact, its tongue is attached not at the back of the mouth, like ours, but at the pelvis!

The Indian pangolin is listed as near threatened on the IUCN Red List, and its major threats are hunting, for traditional medicine and food, and habitat destruction. The artichoke-leaf-like scales of the pangolin are thought to be aphrodisiac, it seems, and both adult pangolins and their fetuses are considered delicacies with medicinal value in some circles. Because the pangolin is nocturnal, solitary, and elusive, it isn’t easy to study, but its numbers seem to be declining. There are a few organizations working to help pangolins, including Project Pangolin and Save Pangolins.