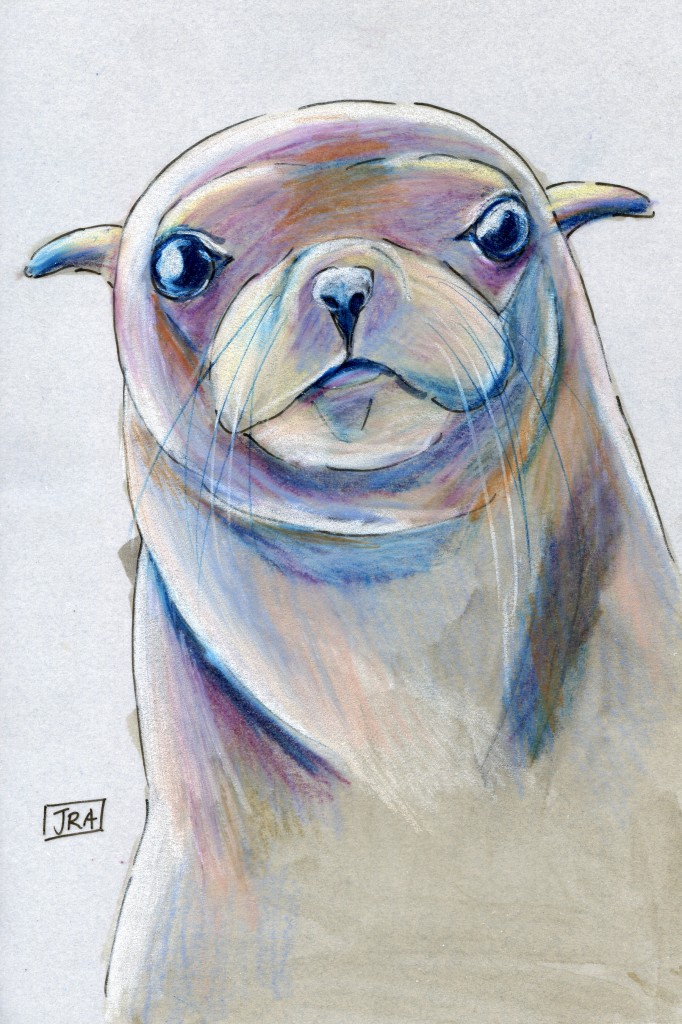 Between yesterday’s squirrel and this seal today, I’m thinking about just going ahead and declaring this Interesting Ears Week.

The Guadalupe fur seal, as a species, has a dramatic story, full of hope and heartbreak. Once numerous from the Revillagigedo Islands of Mexico to the Farallones off of San Francisco, the seals were hunted so relentlessly in the 19th century that they were thought to be extinct from 1895 to 1926. Then, some fishermen “discovered” a group of them on Guadalupe Island, off Baja California. What did these fishermen do with these invaluable seals, thought lost forever? Why, killed them, of course.

Everyone thought they were gone for good again, but in 1949, one bull was spotted, and in 1954, people found a group on Guadalupe Island. In the half-century since then, and thanks to legal protection in both Mexico and the United States, the seals have made it back up to the Farallones once more, and their population is increasing.