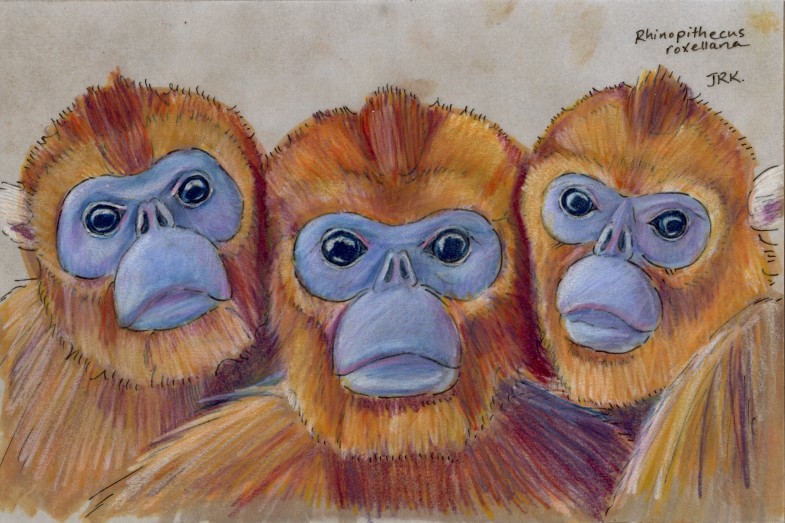 Golden snub-nosed monkeys live in central China, with the majority making their homes in the Sichuan province. They roam through mountain forests where snow covers the ground for half the year, eating lichens and other ploants and the occasional insect. They are endangered, and the IUCN tells us that the major threats to their continued existence are habitat loss and tourism-related activities.

I learned from the Eponym Dictionary of Mammals (I need a copy of that book!) that the roxellana part of the monkey’s scientific name comes from Roxelana, a Ukrainian woman who was captured and sold into slavery in the 1500s. She was put in the harem of the sultan Suleyman the Magnificent, where she became his favorite concubine and eventually his second wife. In his poetry, he called her his one and only love. Apparently, she had beautiful golden hair and a turned-up nose, just like these monkeys. But she probably didn’t have a blue face.