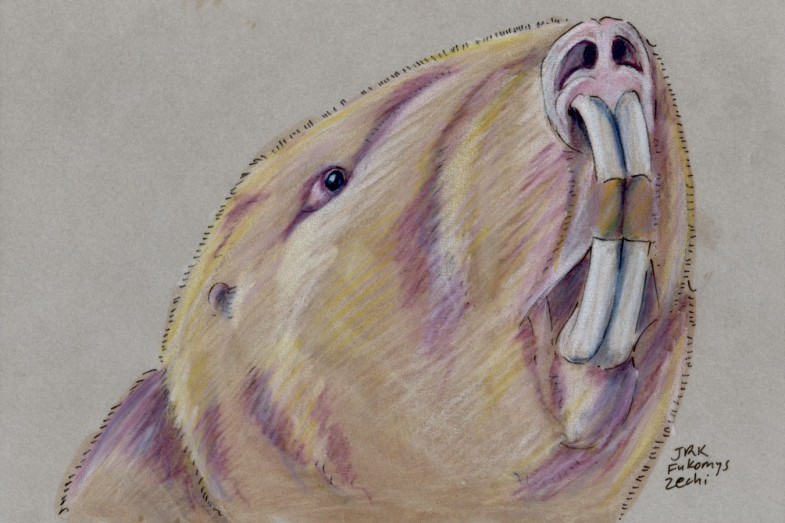 Let’s continue our look at the mammalian denizens of the countries where people who like the Daily Mammal Facebook page live! Did that sentence make sense? It’s getting tricky to phrase it in a slightly different way each day. We’re up to 19 countries to visit now, and this is the sixth one, as well as the fifth continent we’ve looked at. Go to the homepage and have a look at the previous ones, won’t you?

This mole rat is called the Ghana mole rat because it is endemic to Ghana. It was previously called the Togo mole rat, not because it used to live in Togo and doesn’t anymore, but because it lives in a part of Ghana that used to be Togo. The mole rat was described in 1900, and Ghana didn’t exist as such until 1957. Until then, it was called the Gold Coast. It was the first place European traders went to in Africa, and they took both gold and slaves. Ghana was also the first black country in Africa to declare its independence from a European colonizer, in this case Great Britain. Togo, meanwhile, was a German colony until World War I, when it was taken over by Great Britain and France. The British part of Togoland joined the Gold Coast to become independent Ghana, and the French part gained its independence from France in 1960. So my guess is that this mole rat was found in the part of German Togo that became British and then became part of Ghana. I could be wrong, though.

The Ghana mole rat is rather an obscure mammal, and I’ve found very little information about and only one photograph of it. We can assume that, like other mole rats, it uses its giant teeth to dig burrows, that it doesn’t see very well, and that it eats tubers and roots. The Fukomys genus is a new one, having been established only in 2006 from the Cryptomys genus. I can’t figure out what the Fuko in Fukomys refers to (mys is mouse), but the genus name zechi is after Count Johann Nepomuk Felix Julius Graf von Zech auf Neuhofen (1868–1914), who was the governor of Togo when it was a German colony. According to The Rulers of German Africa, 1884–1914 by Peter Duignan, “A man of great culture, [Zech] was an authority on African laws and customs. He was determined to govern through indigenous institutions—as he saw them—and promoted ethnographic studies in order to acquire a better understanding of African jurisprudence.” The skeptical side of me thinks, however, that there may be another perspective on Zech.