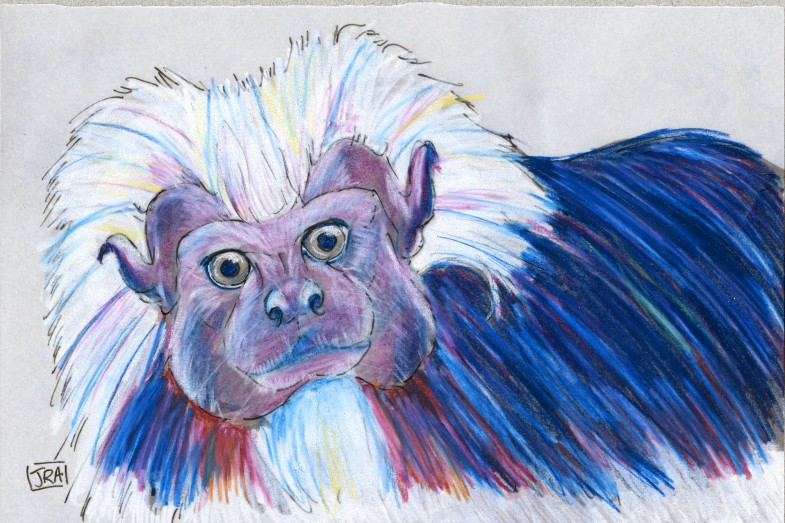 I love words and names for things, and I’ve enjoyed learning a little Latin and Greek as I draw these mammals. Let’s spend a few days meeting some mammals with interesting scientific names, starting with this wild-and-woolly tamarin. The cotton-top part of his common name is apt, but what about Saguinus oedipus? Saguinus means “like a squirrel monkey,” which is straightforward. The oedipus part is interesting, though. Literally, it means “swollen-footed,” and these monkeys were probably named for their big feet. But of course we think of Oedipus, too, and the complex named after him, and it seems that after the fact, at least one research study has found that the name Saguinus oedipus was appropriately oedipal in the oedipus-complex sense, too: in 2004, A.J. Ginther and C.T. Snowdon presented “The Oedipal Conflict in Saguinus oedipus” at the American Society of Primatologists’ yearly conference.

I would have named this monkey Madmaxus tinaturnerus, for that resemblance is, I feel, obvious. The German name for the cotton-top tamarin is Lisztäffchen, a diminutive form of the name Liszt, and that seems appropriate, too. Which of these famous musicians do you think the tamarin most resembles? 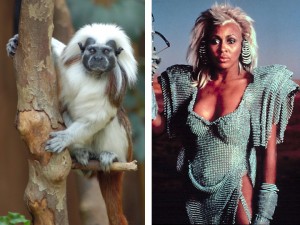