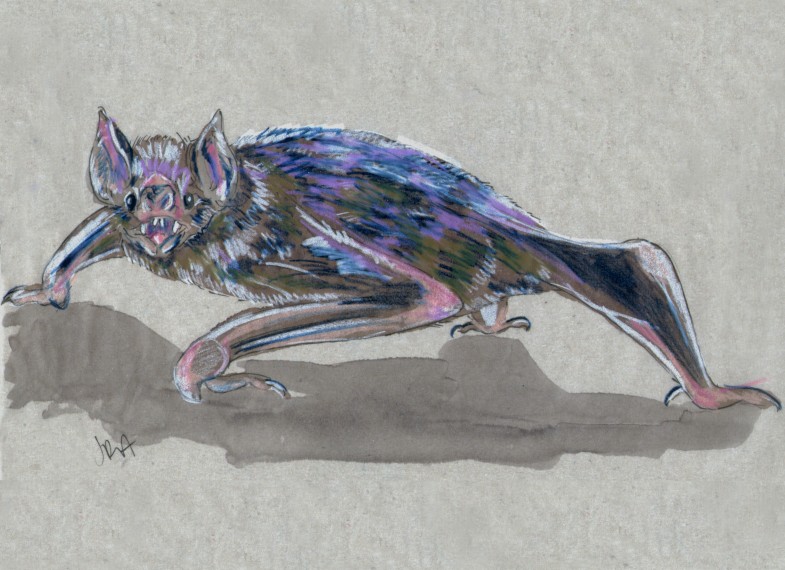 Do you know the vampire bat? If not, please allow me to make the introduction—I’d be delighted. Vampire bats live in South and Central America. They don’t just fly, like regular bats: they actually have their own unique gallop, and I highly recommend this short video of a vampire bat running on a treadmill.

When it’s time to feed, they first approach their victim from the air, sometimes emitting an odor that has a slight tranquilizing effect. Then they land nearby and run along the ground (with the aid of their large, fleshy thumbs and by tucking their wings up next to their arms), leaping onto their prey. They use their sharp front teeth to slash their victim’s skin, then lap the blood out.

I’ll let Timothy E. Lawlor and his Handbook to the Orders and Families of Living Mammals explain the biological process involved: “Efficient kidneys reduce the burden of transporting the large quantities of blood. As the bat feeds, much of the water in ingested blood is lost through the production of copious, dilute urine. Once the bat returns to the roost, the kidneys shift to the production of a highly concentrated urine, conserving water and thus avoiding dehydration.”

In other words, while they’re drinking your blood, they’re also peeingon you!