The Daily Mammal Book Club discussion of My Family and Other Animals is in full swing! 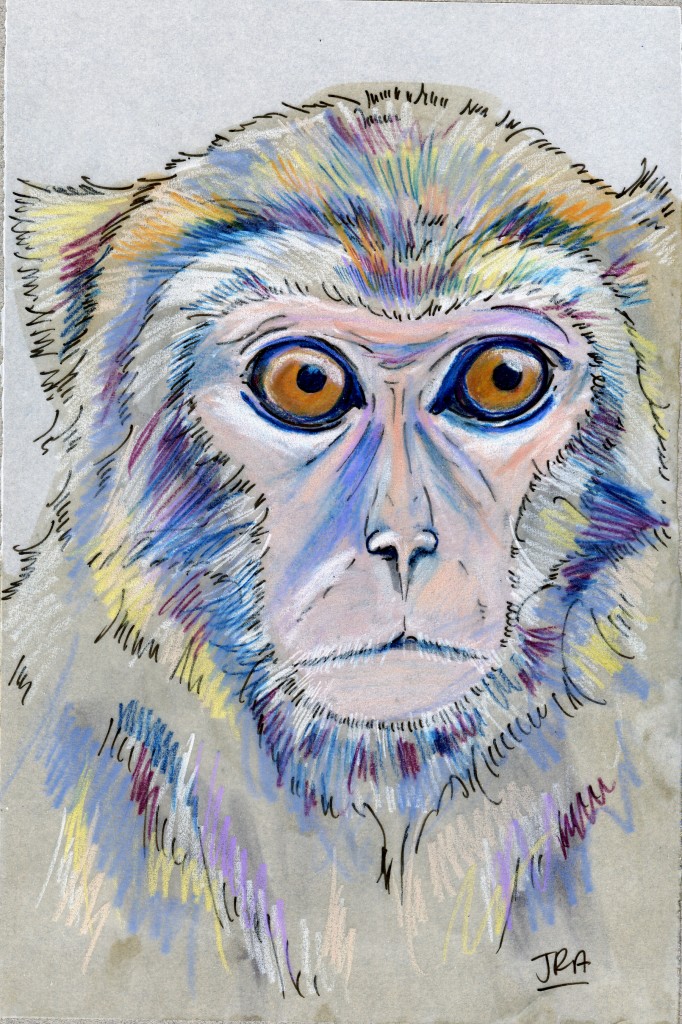 Here’s one last Coffee Achiever: the Formosan rock macaque, who eats coffee berries and spits out the pits, like you and I would do with cherries. Supposedly, people roast the spit-out coffee beans and sell the coffee for big bucks. I’m just glad to know that someone appreciates having the monkeys around for some reason. Here are some excerpts from news articles about these Taiwanese macaques from the past decade:

Representatives of villagers in Jiayi, Taiwan Province, are negotiating with the local government to let them catch a bunch of mischievous monkeys, which have been causing havoc in five neighboring villages.

The monkeys have bitten newborn piglets to death and chased after frightened children.

The monkeys have even picked fruit and wastefully thrown them everywhere. Villagers have failed in their attempts to scare the monkeys away, and have asked the government to approve a crack monkey-catching team to help them deal with this monkey madness. (China Daily, 2007)

Farmers in southern Taiwan have reported that Formosan macaques, a protected primate species, are becoming so outrageous that they are now milking goats, a local evening newspaper reported yesterday.

Tsaishan residents said that they have often seen the monkeys milking goats in the past, adding that they tended to appear in the morning and would hang around with the goats in order to steal their food. Not satisfied with this petty larceny, they then grab the goats’ teats and milk them.

Tsai said that the goats do not resist and do not seem alarmed by the monkeys, possibly because they are so used to their presence. (Taipei Times, 2001)

The farmers complained that the monkeys take their fruit, ravage farmland, and even sometimes harass women and children. (Taipei Times, 2004)