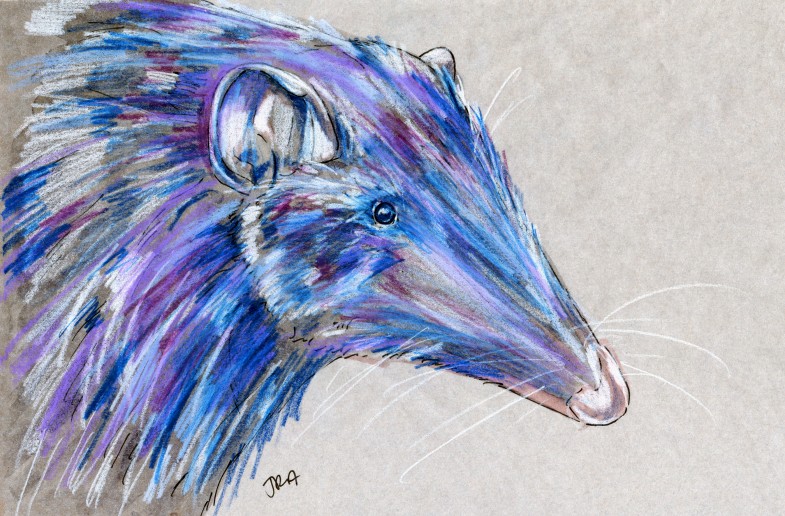 Number 0173
The Chilean shrew opossum is an enigmatic little beast. We think it’s solitary. But then again, we think it lives in small family groups. We think it has five or seven or so babies at a time, but who knows? It seems to be nocturnal, since the few that have been captured were captured at night. Nobody knows how long they live. How well they see. Where they live. We think they’re vulnerable to extinction, but we don’t really have a clue how many of them there are. I can tell you two things, though: Chilean shrew opossums like damp forests, and the adjective fossorial means burrowing.
Consecutive days of mammals: 2
Record: 16