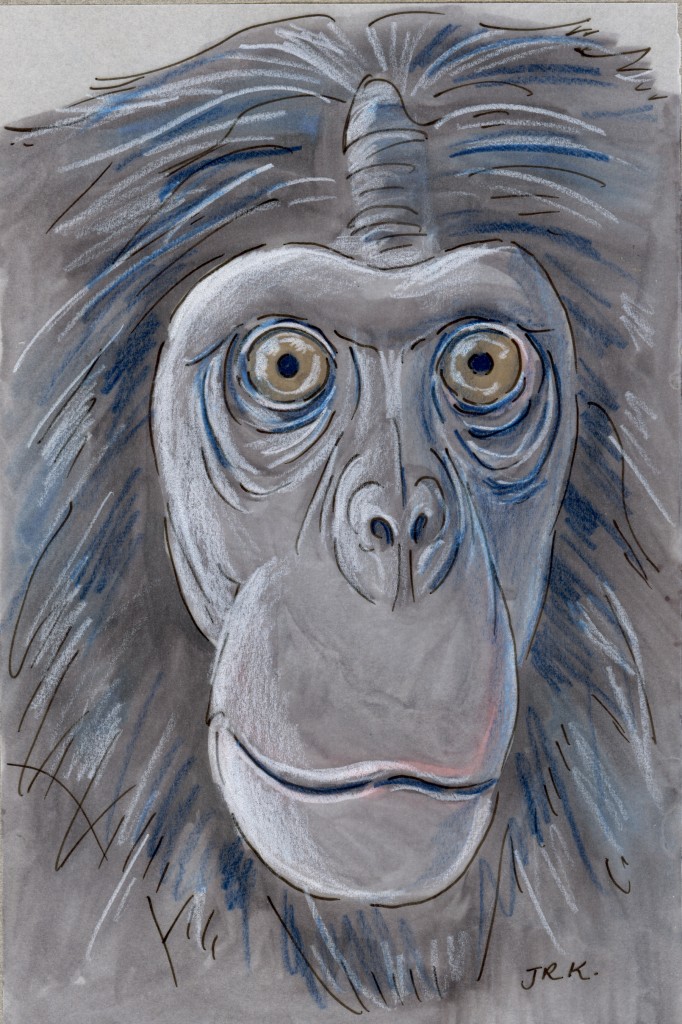 There are two kinds of people: bonobos and chimpanzees. I’m more of a chimpanzee, I think. I’m hostile, territorial, and antisocial, I don’t like rubbing genitals with most other people, and I hate being groomed by others.*

Bonobos have been called the hippies of the great apes, the Venus to the chimpanzees’ Mars. Like the chimpanzees, bonobos (also called pygmy chimpanzees) share 99 percent of humans’ DNA. We studied chimpanzees first, though, and they’re still more well known among people who don’t live near any of our fellow apes. So it seems that the chimpanzees, with their aggression, homicide, male-dominated societies, and hunting, have helped shape how we see ourselves when we consider our ape lineage. We have been able to justify our own aggression and male dominance by saying, hey, it’s in our DNA! But the bonobos complicated all that with their female-centered societies, peaceful cooperation, mingling with outsiders, and seemingly endless sex. They don’t eat monkeys, they help others, and the females rub their genitals together “to relieve tension,” according to The Princeton Encyclopedia of Mammals.

Some people have taken all this so far as to hold up the bonobos as an example of how lovely life could be if we learned a little from our free-loving cousins, rejecting our affiliation with the chimpanzee side of the family to live in matriarchal bonobo communes where we braid each other’s hair and have seemingly endless sex. Now, of course I am in favor of most of that, and I’m happy if bonobos help us understand that it isn’t intrinsically human to be warlike bullies. But I find it strange that we are so quick to stereotype the two species as mirroring two dichotomous sides of us and to think we must align ourselves with one or the other, learning from them how to better lead our own lives. I think that the ancestor that humans, chimps, and bonobos shared six million years ago was probably as complex as all three species—and that bonobos and chimps are more complex than they seem, and perhaps not so easily reduced to hippies and rednecks or mods and rockers.

* I am kidding here. And even if I weren’t, I’m much more bonobo than chimp after all. In an interesting interview, Frans de Waal, a famous primatologist, says,

“I would say there are people in this world who like hierarchies, they like to keep people in their place, they like law enforcement, and they probably have a lot in common, let’s say, with the chimpanzee. And then you have other people in this world who root for the underdog, they give to the poor, they feel the need to be good, and they maybe have more of this kinder bonobo side to them. Our societies are constructed around the interface between those two, so we need both actually.”