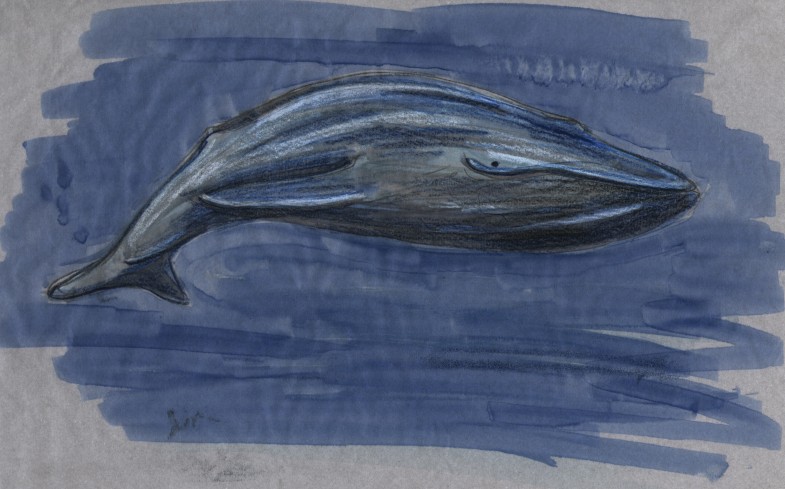 You probably already know that the blue whale is the largest animal known to have ever existed on Earth. According to the American Cetacean Society, from 1868, when technology allowed whalers to kill the blue whale, until 1966, when the hunting of blue whales was banned internationally, up to 99 percent of the blue whale population was killed. In 1931 alone, whalers killed 29,000 of the giant creatures. Whereas there once were some 350,000 blue whales in the world, now there are 8,000-14,000 or so. (Ted requested the blue whale drawing.)