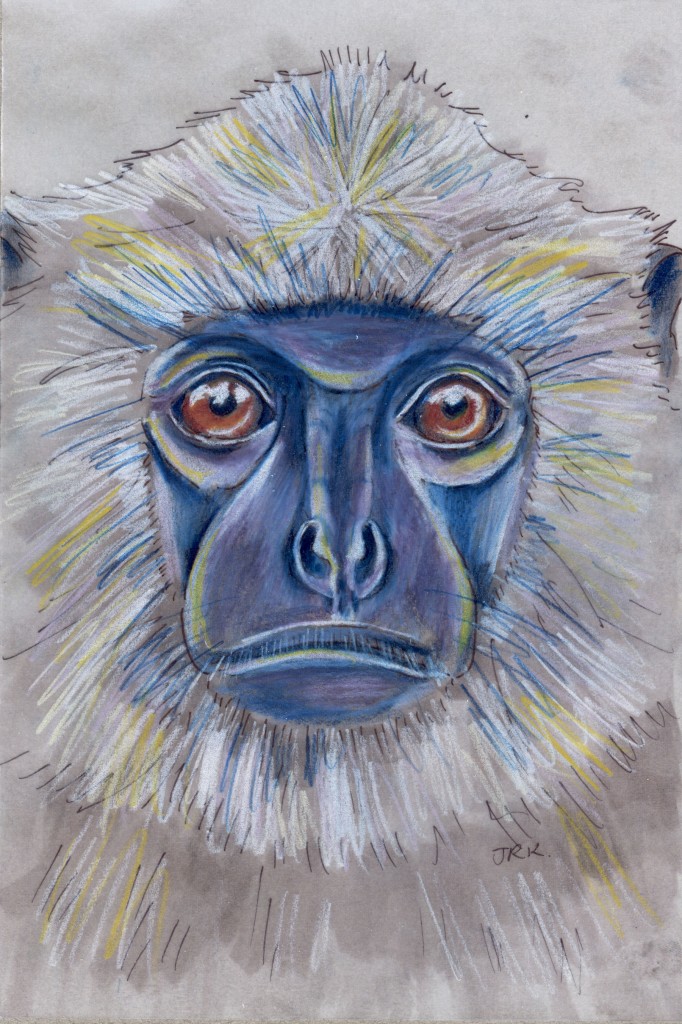 Meet the Bengal Hanuman langur or northern plains gray langur, a monkey that lives in India and Bangladesh. It’s named after Hanuman, the Hindu monkey god. Hanuman is featured in the Indian epic Ramayana, in which he helps Rama rescue his true love Sita and defeat a powerful demon. I haven’t read the Ramayana, but if About.com is to be believed (hmm), we all should: the site says that Hanuman’s story “is known for its astounding ability to inspire and equip a reader with all the ingredients needed to face ordeals and conquer obstructions in the way of the world.”

The genus Semnopithecus has had some taxonomic upheaval. At one point, it had only one species—this one—but a few years ago, it was split into seven, which means more monkeys to draw, which is nice. Some scientists think seven is too many, though.

At any rate, Semnopithecus entellus is considered to be of “least concern” by the IUCN, meaning it’s not endangered or threatened right now, but increasing conflicts with humans mean that its population could decline in the future.