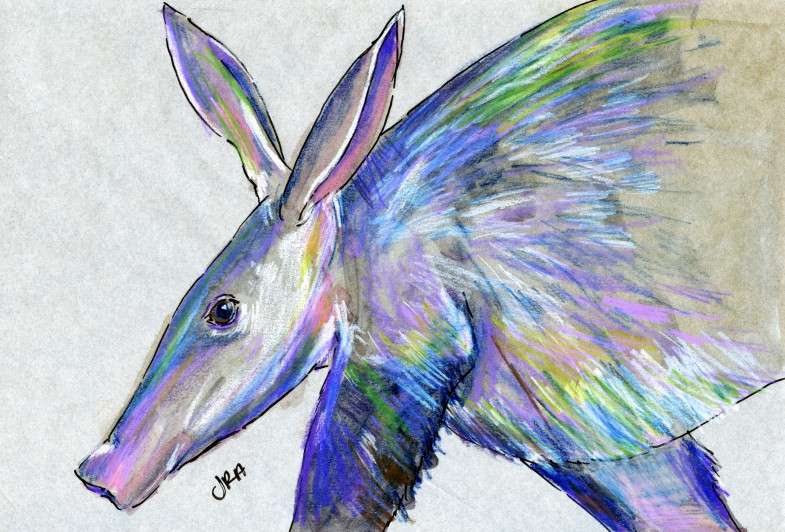 Here’s another order (Tubulidentata) that now contains only one family, one genus, and one species! Aardvarks live pretty much anywhere in sub-Saharan Africa that they can find ants and termites. They hunt the insects by smell, snuffling along the ground with their tongues sticking out. They’re nocturnal and solitary and live in underground burrows. In fact, if you’re an aardvark’s enemy and you’re going after it, it probably will escape you not by running away, but by digging a hole real quick.

In Afrikaans, the word aardvark means “earth pig.” It seems aardvarks are very strong. Here’s an evocative anecdote from Walker’s Mammals of the World:

It is an extremely powerful animal. In one case, a man with a firm grip on the tail of an aardvark in its den was slowly drawn into the burrow as far as his waist and finally had to relinquish his hold, despite the additional leverage afforded by two other persons.

And how about this:


Its eyesight does not appear to be good, since the aardvark frequently crashes into bushes, tree trunks, and other obstructions when running.